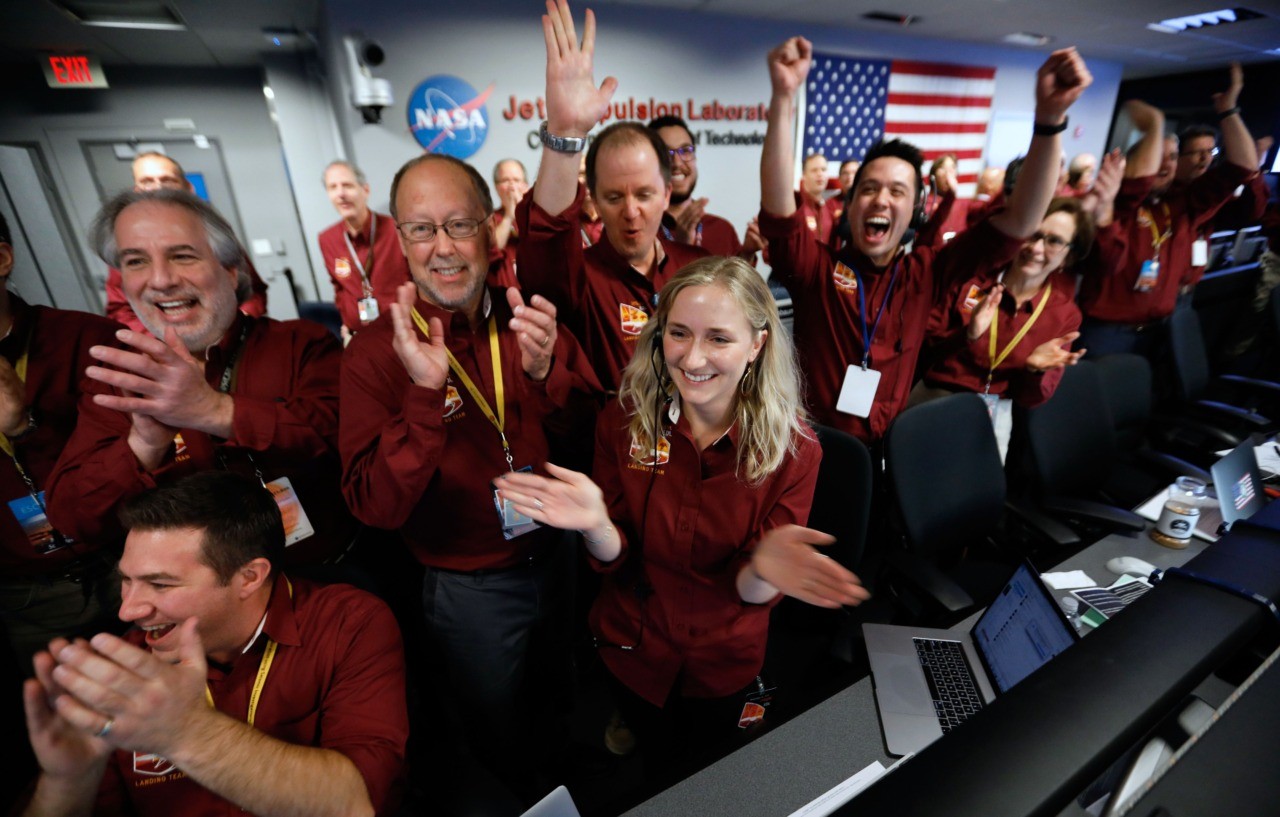 (UPI) — Mars got slightly more crowded on Monday. At 2:56 p.m. ET, NASA confirmed that its InSight spacecraft safely touched down on the Martian surface.

“Our @NASAInSight spacecraft stuck the #MarsLanding!” the space agency wrote on Twitter.

📸 Wish you were here! @NASAInSight sent home its first photo after #MarsLanding:

InSight’s view is a flat, smooth expanse called Elysium Planitia, but its workspace is below the surface, where it will study Mars’ deep interior. pic.twitter.com/3EU70jXQJw

Shortly after touchdown, the lander relayed an image of the Martian surface. Messages sent by the lander confirmed that all of the craft’s systems were functioning “nominally” shortly after its landing.

“Its new home is Elysium Planitia, a still, flat region where it’s set to study seismic waves and heat deep below the surface of the Red Planet for a planned two-year mission,” NASA tweeted.

Monday afternoon’s touchdown was preceded by a series of complicated maneuvers as InSight made its way through Mars’ atmosphere. When InSight collided with Mars’ upper atmosphere, it was moving at speeds greater than 12,000 mph.

The friction as Insight traveled through the atmosphere generated intense heat, but the spacecraft’s heat shield allowed the lander to withstand temperatures up to 2,800 degrees Fahrenheit.

Because the Martian atmosphere is so thin, it did little to slow InSight’s descent. The craft slowed itself down using a giant parachute and the power of its thrusters. Lockheed Martin worked with NASA engineers to ensure the spacecraft could withstand the stress of entry and descent.

InSight is short for Interior Exploration using Seismic Investigations, Geodesy and Heat Transport. The entirety of the craft’s mission will take place on Elysium Planitia, the broad equatorial plain where the lander will touch down.

“InSight’s goal is to study the interior of Mars and take the planet’s vital signs, its pulse and temperature,” according to NASA. “To look deep into Mars, the lander must be at a place where it can stay still and quiet for its entire mission. That’s why scientists chose Elysium Planitia as InSight’s home.”

While the lander’s solar panels will be deployed shortly after landing, it will take two to three months for InSight’s robotic arm to safely deploy its full slate of instruments, including a seismometer and heat-flow probe. During that time, NASA scientists will document the surrounding terrain, using cameras and an array of sensors.

“We’ve studied Mars from orbit and from the surface since 1965, learning about its weather, atmosphere, geology and surface chemistry,” Lori Glaze, acting director of the Planetary Science Division in NASA’s Science Mission Directorate, said in a news release. “Now we finally will explore inside Mars and deepen our understanding of our terrestrial neighbor as NASA prepares to send human explorers deeper into the solar system.”