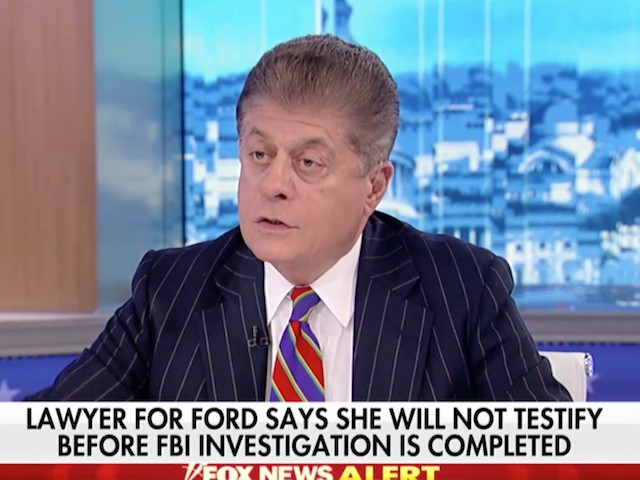 Wednesday on Fox News Channel’s “The Daily Briefing,” Network judicial commentator Andrew Napolitano said if Republicans rush to confirm Brett Kavanaugh to the Supreme Court without allowing an investigation and his accuser Dr. Christine Blasey Ford to testify, Kavanaugh will have a “taint on his skin.”

When asked if he thinks the FBI should investigate, Napolitano said, “Yes, I do. I do for a couple of reasons. I think if the hearing on Monday is just Judge Kavanaugh, he is going to have taint on his skin which he doesn’t deserve and which will take years to eradicate.”