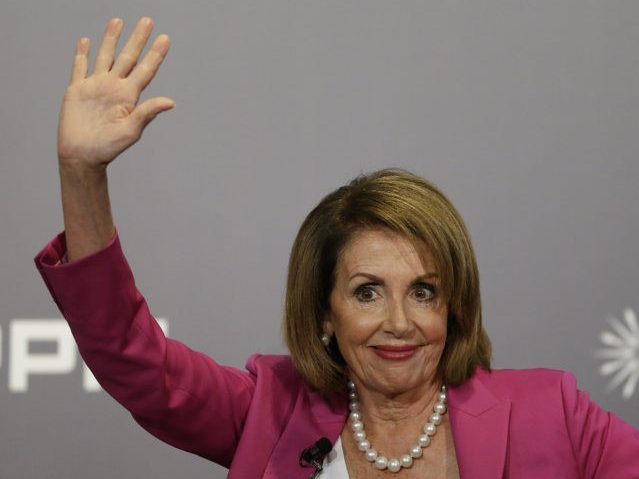 The email’s donation hyperlinks connect to ActBlue, a 501(c)4 nonprofit facilitating fundraising for Democrats and the broader left, and the donation page promises donors that their money will be used to “support President Obama’s legacy.”

I’ve never been as angry as I am right now.

Mark my words: I will NOT let Mitch McConnell and Donald Trump claim this victory.

I need 10,000 of you with me before midnight to send McConnell and Trump a terrifying message they can’t ignore:

Brett Kavanaugh WILL go down in history as the worst vote Republicans ever took—and the vote that cost them control of Congress.

We have to show Republicans that we will never forget and never forgive.

Mitch McConnell and Donald Trump MUST be stripped of their power.

Please pitch in $1 right away:

Or donate another amount >>

We believe that emails are a crucial way for our campaign to stay in touch with supporters. However, if you’d just like to receive fewer emails, you can click here.

We’re working hard to make sure Republicans are held accountable for their actions and that President Obama’s legacy is protected. We need all hands on deck if we’re going to keep Trump and his Republican Congress in check. Our success relies on grassroots supporters like you. 99% of our contributions come from grassroots donations, with an average gift of $26. If you’d like to unsubscribe from DCCC emails, click here. If you’d like to make an online donation, click here. Thanks for your support of Democrats!

Contributions or gifts to the DCCC are not tax deductible.

ActBlue currently boasts of having raised over $2.8 billion since 2004. According to Open Secrets, ActBlue raised over $829 million in 2018.

Open Secrets describes such organizations—registered as “527 groups” with the IRS—as follows:

527 groups are tax-exempt organizations that engage in political activities, often through unlimited soft money contributions. Most 527s on this list are advocacy groups trying to influence federal elections through voter mobilization efforts and so-called issue ads that tout or criticize a candidate’s record. 527s must report their contributors and expenditures to the IRS, unless they already file identical information at the state or local level. The figures below are taken from 527 group filings with the IRS.

Pelosi accused Republican senators of having “done violence” to the Supreme Court’s reputation in a Saturday-published tweet:

Today is a profoundly heart-breaking day. The @SenateGOP Majority has done violence to the reputation of both the Senate Judiciary Committee & Supreme Court. I will file a FOIA request so that the public can see the FBI report & underlying documents. pic.twitter.com/DNpRkbtk7Z

Pelosi also waxed biblical via Twitter on Saturday, invoking the Genesis story of Adam and Eve: