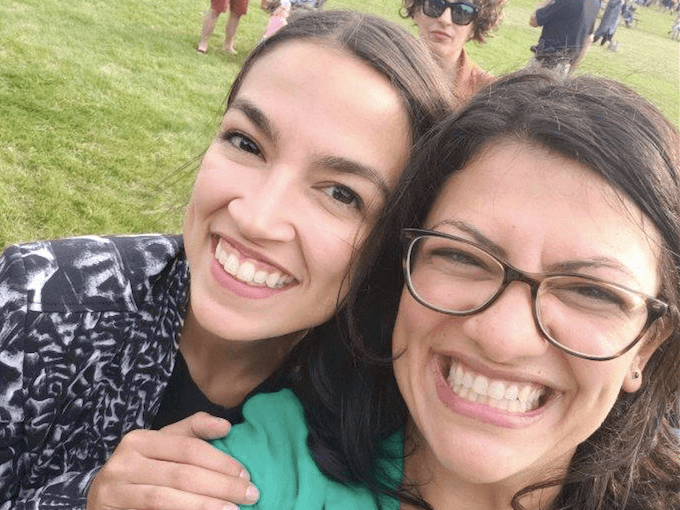 Rep. Nancy Pelosi (D-CA), the likely next Speaker of the House, is trying to reassure Jewish groups after several newly-elected Democrats have vowed openly to support “boycott, divestment, and sanctions” (BDS) against Israel.

Pelosi told the Israeli-American Council on Sunday, as quoted by the Jerusalem Post: “Remove all doubt in your mind. It’s just a question of not paying attention to a few people who may want to go their own way.”

However, Pelosi’s task will be difficult, given the increasingly anti-Israel drift of her party as a whole. Not a single Democrat — herself included — traveled to Israel to attend the opening of the U.S. embassy in Jerusalem in May, nor the Israeli embassy’s party to celebrate that event in Washington, DC.

As Breitbart News reported during the election, Democrats are bringing a new anti-Israel caucus to Congress.

Representative-elect Rashida Tlaib of Michigan’s 11th congressional district, for example, who is celebrated by “progressives” as the first Muslim woman and first Palestinian-American elected to Congress, openly supports the destruction of Israel — a policy that cost her the endorsement of even far-left J Street, which wishes to appear pro-Israel by backing a a two-state solution.

Representative-elect Ilhan Omar, from Minnesota’s 5th congressional district, shares the title of first Muslim woman elected to Congress with Tlaib. She also has a record of anti-Israel statements that she tried to obscure during the election. After November 6, she admitted that she supported BDS — a flip-flop that drew criticism from of some of her Jewish constituents, whom she misled.

And “democratic socialist” Alexandria Ocasio-Cortez, who will represent New York’s 14th district, sided with Hamas in its protests earlier this year at the Gaza border, and said she opposed the “occupation of Palestine.”

Tlaib told the Intercept on Sunday that she would decline a trip to Israel offered to new U.S. representatives by the American Israel Public Affairs Committee (AIPAC), and would lead a delegation to the West Bank — known to many Jews as Judea and Samaria — instead.

Tlaib, who has family in the West Bank, said the goal of her visit would be to highlight criticisms of Israeli policies in the region — policies that are typically responses to Palestinian terror.

Tlaib added that she supports the BDS movement — a movement so radical that even left-wing California passed anti-BDS legislation in 2016.

Pelosi told the Israel group: “”We have people very well placed to share our values in terms of Israel in the heart and in spirit,” though she did not explain what that meant. What she and the Democrats do not have are people who support protecting Israel’s security and the U.S.-Israel relationship in practical terms.