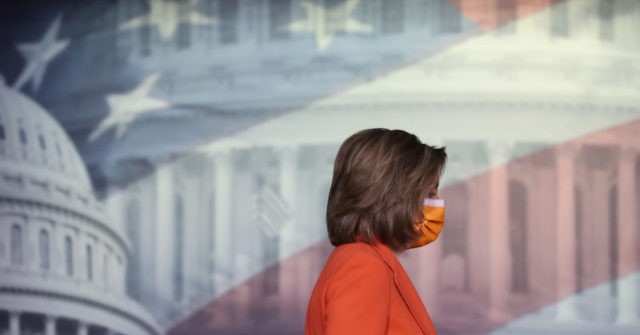 According to a Politico reporter, Pelosi pitched possibly raising corporate taxes and capital gains taxes on a conference call Tuesday. The reporter also mentioned Sen. Elizabeth Warren (D-MA) is pushing for a wealth tax that she, Reps. Pramila Jayapal (D-WA), and Brendan Boyle (D-PA) proposed on March 1, which imposes a two percent tax on assets’ net value for the wealthiest Americans.

Some progressives, including Warren, are pushing for a wealth tax. But it’s enormously complicated to implement.

Such forms of taxation may be necessary to pay for an infrastructure bill that could include items Sen. Bernie Sanders (I-VT) and the progressive wing want.

“[O]bviously, the next reconciliation bill will deal with those structural problems, not just the emergency problems, of how we can create millions of good-paying jobs, rebuilding our crumbling infrastructure, and transforming our energy system to protect us from climate change,” he said.

But White House Press Secretary Jen Psaki said Monday there isn’t a proposed package nor a plan to raise taxes on anyone making under $400,000.

“That remains his [Biden’s] overarching approach, but there isn’t a package yet where we’re talking about pay-fors yet,” she said. “I expect we can have more conversations about that down the road.”

The potential infrastructure legislation may not be the only reason to raise taxes.

Breitbart News reported Monday that “President Joe Biden is considering a tax hike to underwrite the economic program launched by the approval of his $1.9 trillion pandemic stimulus package,” the first major federal tax hike in almost 30 years if it is implemented.