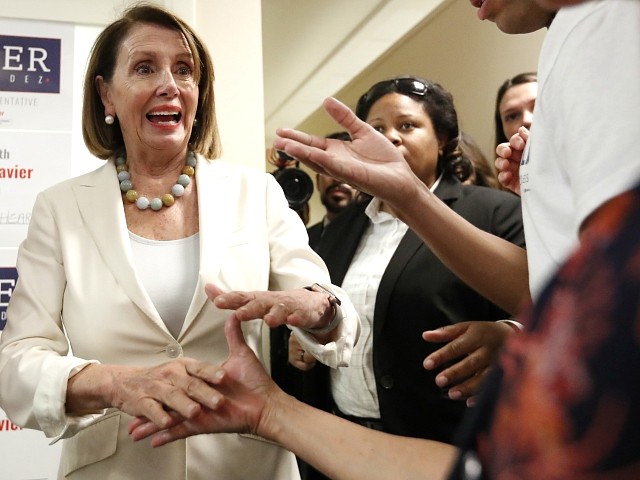 The New York Post reports Nancy Pelosi and her husband, businessman Paul Pelosi, were greeted with “spontaneous applause” from the orchestra section as they took their seats. The clapping “quickly spread throughout the main floor and balcony of the theater,” the paper says.

After the show, the California Democrat mingled backstage with Springsteen and his wife Patti. Springsteen, a lifelong liberal, has previously criticized the President Donald Trump’s administration and agenda, calling the separation of illegal border crossers from their children “disgracefully inhumane and un-American.”

Earlier in the night, Nancy Pelosi told the CBS funnyman Colbert that she is confident Democrats will retake the House of Representatives on November 6. “Democrats will carry the House,” she told the comedian. “If we have a bigger victory, the Senate, governorships. It’s going to be a great night for America.”

“Democrats will carry the House. If we have a bigger victory, the Senate, governorships. It’s going to be a great night for America,” Pelosi added.