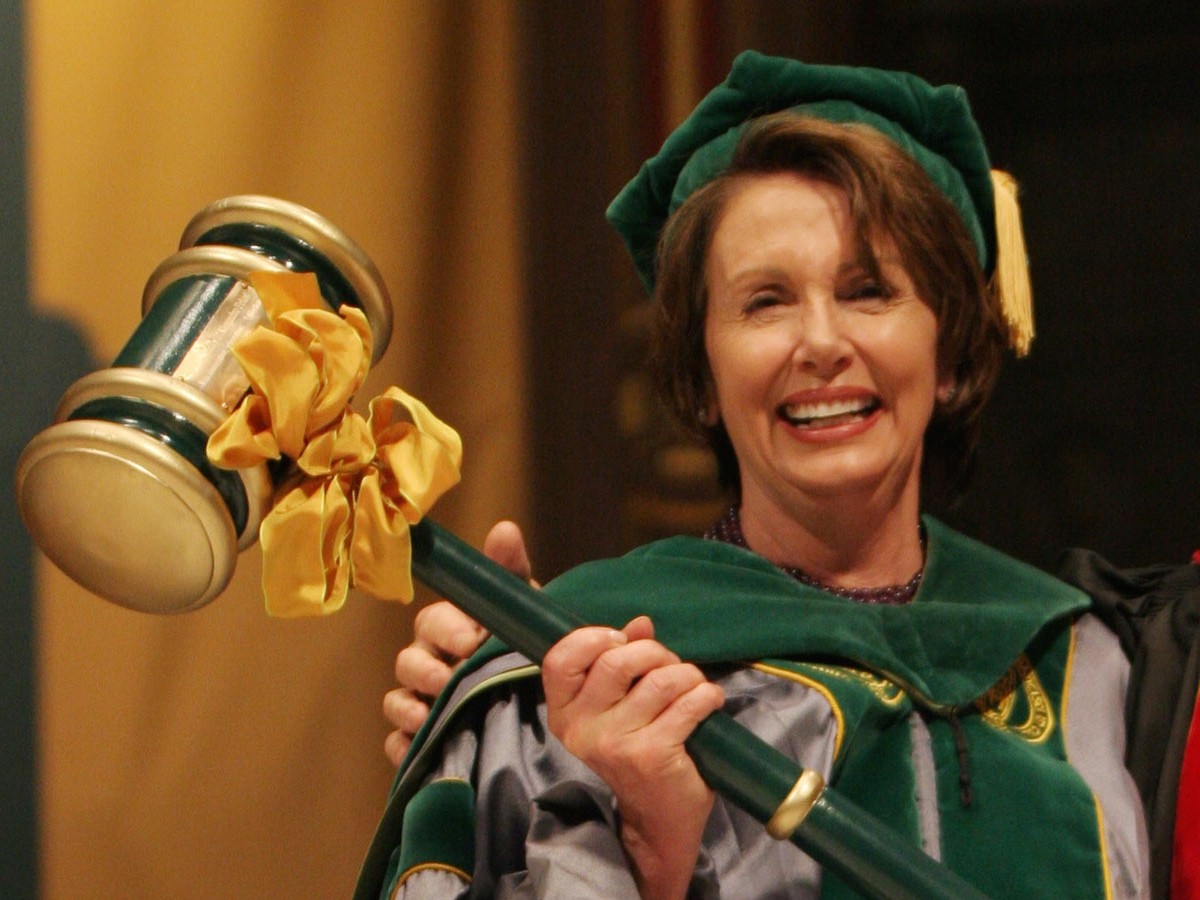 House Minority Leader Nancy Pelosi is attempting to boost morale among her Democratic colleagues in the wake of the fight over Justice Brett Kavanaugh’s confirmation by urging them to “OWN OCTOBER” and win a majority in the November elections.

The letter, dated Sunday, October 7, tacitly acknowledges that Democrats are dejected after failing to stop Kavanaugh — and that Republicans are enjoying a massive boost in voter enthusiasm that could help the GOP retain Congress in the midterms.

A new survey of battleground districts published by the Washington Post on Monday shows that Democrats only enjoy a narrow edge in the race to control the House of Representatives, 50% to 46% (with a margin of error of 2%).

The letter, obtained by Politico, exhorts Democrats not to give up:

We must not agonize, we must organize. People must vote. What is at stake in this election is nothing less than the health and financial security of families across America. The new conservative majority on the Supreme Court threatens a rollback of protections for people with pre-existing conditions, more leverage for corporate special interests over working families, and little hope to reform Citizens

United. That is why we must fight even harder to win so that we can advance our For The People agenda:

clean up corruption to make Washington work for the people.

In stark contrast to the GOP Congress, our Democratic agenda will be conducted with openness and accountability to the people, fairness to everyone, and solutions that bring us together.

With the majority, we will strengthen the Congress to the vision of our Founders: Article I, the first branch of government, a check and balance on the executive and judiciary.

To achieve this, we must OWN OCTOBER with our For The People agenda, which I hope you will advance in events and on social media in the weeks ahead.

Thanks for your leadership.

Pelosi hopes to return as Speaker of the House if Democrats win a majority — a position she held from 2007 to 2011, amidst much controversy.