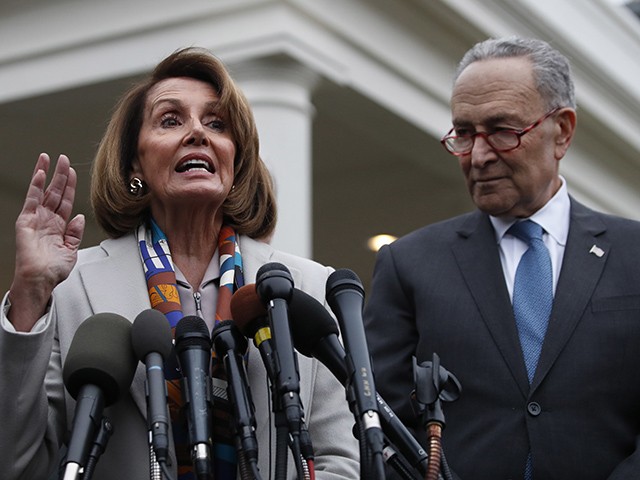 As a partial government shutdown extends into its third week, President Trump will make the case in a prime-time address that $5.6 billion in funding for the wall is required to solve the “crisis” at the southern border and end the partial closure of various federal agencies. The address, scheduled for 9:00 p.m. EST, will be broadcast by ABC, CBS, CNN, Fox News Channel, Fox Business Network, MSNBC, and NBC.

On Monday, Pelosi and Schumer demanded all major news networks provide Democrats an opportunity to respond to the president’s speech to the nation, writing in a joint statement that they must granted “equal airtime”

“Now that the television networks have decided to air the President’s address, which if his past statements are any indication will be full of malice and misinformation, Democrats must immediately be given equal airtime,” the Democrat leaders said.

CBS, CNN, Fox News Channel, Fox Business Network, and NBC have signaled that they will broadcast the Democrat’s rebuttal.

The White House announced this week that President Trump will visit the Southern border on Thursday to “meet with those on the front lines of the national security and humanitarian crisis.” The administration is evaluating a proposal to declare a national emergency to build the wall, which would circumvent the requirement for congressional approval for the plan.