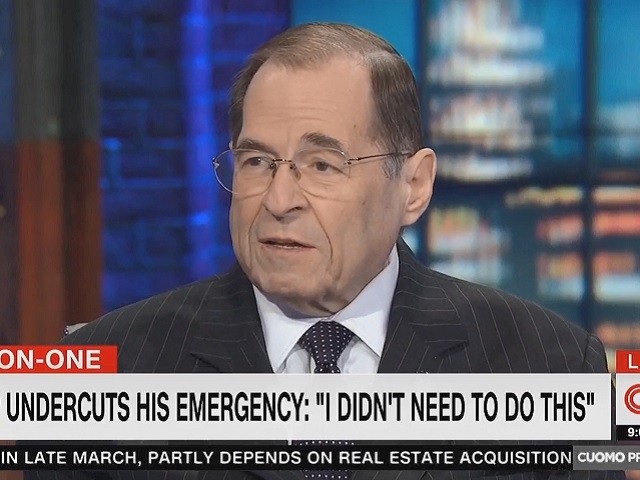 On Friday’s broadcast of CNN’s “Cuomo Primetime,” House Judiciary Committee Chairman Jerry Nadler (D-NY) said that President Trump’s statement that he “didn’t need to” declare a national emergency is “a body blow to his case.”

Host Chris Cuomo asked, “So, do you believe that those words will weigh heavy in any legal reckoning of the move?”