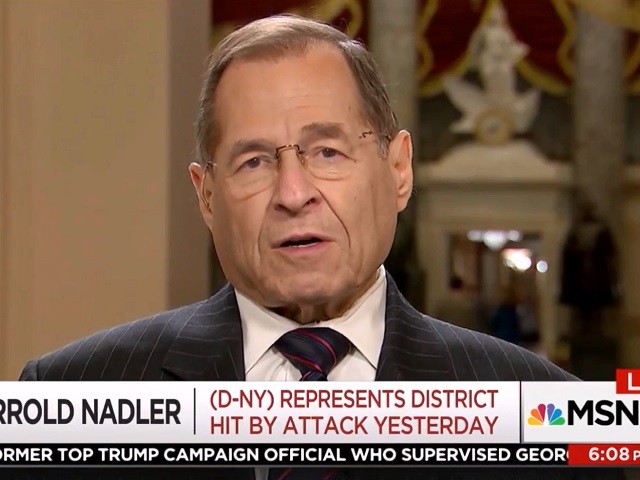 Sunday on NBC’s “Meet the Press,” likely incoming chairman of the House Judiciary Committee Rep. Jerry Nadler (D-NY) said Michael Cohen’s admission that he lied to Congress about negotiations for a Trump Tower in Moscow suggested Russia may have leverage over the president.

He added, “One question has always been why was the president so obsequious to Putin from the beginning of the campaign up to the present day. And it may be that it’s because the Kremlin has leverage over the president, which is a terrible thing if true.”