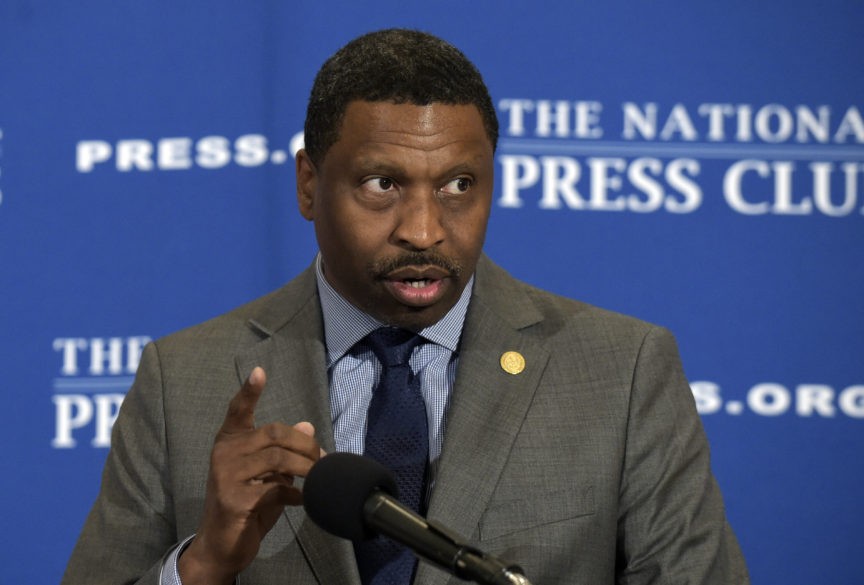 When a photo of a person in blackface and another in a KKK hood on Northam’s medical school yearbook page surfaced on Friday, Northam first apologized for being one of the people in the photo. But on Saturday, Northam claimed that he actually was not in the photo.

“I believe now and then that I am not either of the people in this photo,” Northam said in a bizarre news conference in which he admitted to putting on some black shoe polish on his face to look like Michael Jackson for a dance contest during the same time period. “This was not me in that picture. That was not Ralph Northam.”

Johnson, the NAACP president who has called on Northam to resign on numerous occasions, said that if Trump wants to “lean in” on racial issues, he should “lean in with a set of policy priorities” that “reflects the interest of all Americans.”

He also said he was not surprised that the country was dealing with another racial controversy, citing the “tone of intolerance established by this nation both in terms of words and policy” during the Trump administration.

“Unfortunately we have racism germinating from the White House,” Johnson insisted.