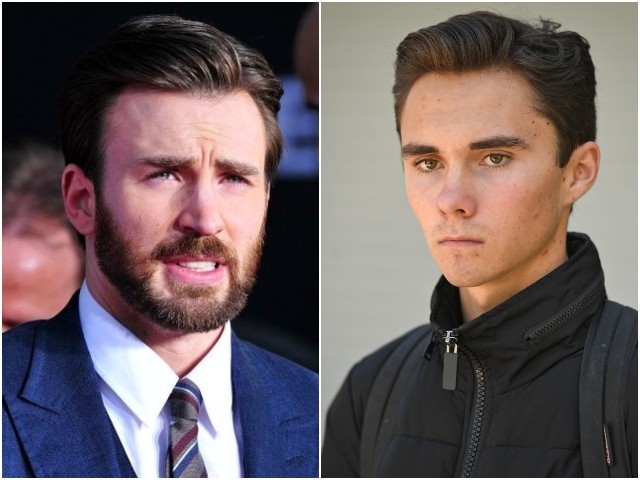 Chris Evans, David Hogg, Zoe Kravitz, and other Hollywood pro-gun control celebrities appear in a “March For Our Lives” PSA reminiscing about their “first time”– voting, that is.

Don Cheadle says, “My parents weren’t allowed to do it until 1965. So I do it every chance I get, and so should you.”

March For Our Lives released the video in a tweet calling for gun control supporters to pledge to knock on 25 doors to register voters by the October 9 registration deadline:

Today is our first #TurnoutTuesday! Knock on 25 doors in your community and help them register to vote! Plus voting feels great. Just ask these guys ↓ pic.twitter.com/8yQOR4preA

People magazine quoted Parkland gun control activist Emma Gonzalez saying, “Whether this is your first time voting or your 69th, what matters is that you vote on Nov. 6. The truth is we have the power. Our generation is the largest group of voters in this country. We are 70 million strong.”

March For Our Lives’ Delaney Tarr added, “No matter how or where you do it, all that matters is on November 6th we need all Americans to register and vote on Election Day. Our generation has the power to be heard all across America. We need every single American to join us in the fight.”