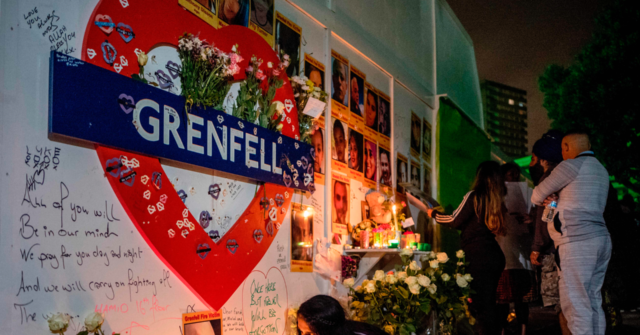 Tahra Ahmed, a prominent anti-lockdown activist, was jailed for 11 months on Friday following an antisemitic post on Facebook where she branded a deadly apartment fire as a “Jewish Sacrifice”.

Tahra Ahmed, 51, was jailed on Friday at the Old Bailey for two posts on Facebook where she attempted to blame Jewish individuals for causing the Grenfell Tower apartment block fire that killed 72 in 2017.

The anti-lockdown activist was initially convicted by a jury in January of “inciting racial hatred” against Jewish people on two separate occasions on Facebook, and was sentenced this week to 11 months in prison by Judge Mark Dennis QC, with the defendant reportedly looking “in shock” after hearing the decision, The Times reports.

Judge Dennis branded Ahmed’s posts as “venom” and suggested they were a deliberate attempt to “stir up hatred towards Jews in general,” at a time when there was “a question as to who was to blame for the tragedy and for all those deaths”.

The judge also suggested that Ahmed had deliberately attempted to capitalise on the tragedy to spread her anti-Jewish agenda saying she “knew full well” what she was doing and “its likely effect”.

In one post, Ahmed said that the tower block inferno was a “Jewish sacrifice” and in the second, she made the outlandish claim that “Jews have always been the ones behind ritual torture, crucifixion and murder of children, especially young boys, as a way of atoning for their sins in order to be allowed back into Palestine.”

Ahmed previously maintained her comments were not antisemitic but rather political in nature, attempting to justify the comments by saying: “Jewish people — this is a particular group I call them the cabal, I call them Talmudic, I call them zionists. … There is the Talmud which says about sacrificing children.”

Judge Dennis used Ahmed’s courtroom behaviour to highlight that she hadn’t shown genuine remorse for her crimes, and therefore her offences warranted a harsh sentence. Ahmed had also told her supporters before the verdict that she would not express regret and plead guilty to the charges as she believes that she is “not guilty of intention to incite racial hatred”, and that she stands for “truth” and “freedom of speech, expression, belief”.

Ahmed’s courtroom character reference from her sister was also not particularly well received by Judge Dennis, who described it as “very unfortunate”.

In her testimony, Ahmed’s sister suggested that there “seems to be a special law which protects the Jewish people” and there is “one rule for them, another rule for us. Is that fair?”.

As the activist was being led out the courtroom by authorities after she received her sentence, Ahmed reportedly told the courtroom: “Love you, love wins”.

Britain, unlike the United States, does not have a First Amendment and individuals like Ahmed can be prosecuted for their speech under the Public Order Act of 1986.

The Adam Smith Insitute, a prominent neoliberal British think tank, has previously called for Britain to enact a free speech law as they claim that Britain “has placed public discourse in the hands of the easily offended” and that citizens “no longer have freedom of speech”.

The freedom of speech debate gained national attention in October of 2020 when the police investigated Darren Grimes, a young podcaster, over comments his guest, historian David Starkey, made on his YouTube channel. Grimes was eventually exonerated amid public outcry, but a record of him allegedly committing a “non-crime hate incident” remains on his permanent police record, which could show up on background checks in the future.

There are currently no government plans to enshrine freedom of speech in British law, and while the government has suggested they will bring in changes to remove the non-crime hate incidents, there has not been a proposed timeline as to when this will happen.