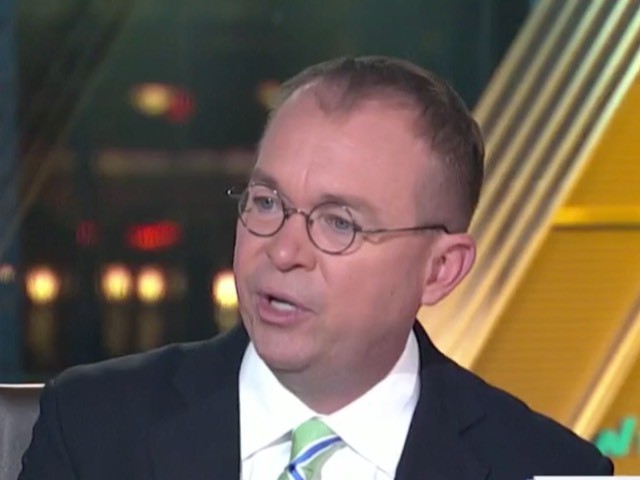 Office of Management and Budget director Mick Mulvaney in an appearance Thursday on CNBC’s “Squawk Box” said President Donald Trump was telling the truth when he claimed the government would stay open despite the lack of border wall funding in the newly passed House spending package.

According to Mulvaney, the president will not shut down the government before the upcoming midterm elections.

“What you saw this year was a move in the right direction for those geeks like myself who follow Washington fairly closely,” Mulvaney stated. “The House and the Senate actually passed some appropriation bills they passed a labor — health and human services bill for the first time in 20 years, so it sounds like they’re learning how to govern again. And this was a move in the right direction. Still got some stuff to do in the lame duck. There is no money for border security yet, which is a problem for us, but we decided to have that discussion after the election.”