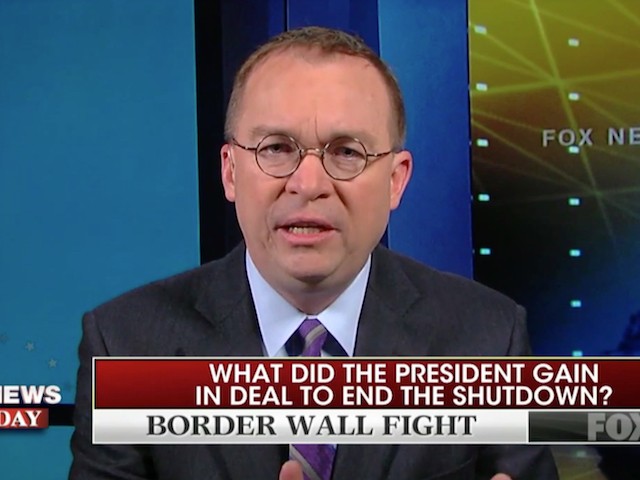 On this weekend’s broadcast of “Fox News Sunday,” acting White House chief of staff Mick Mulvaney said President Donald Trump will secure the U.S.-Mexico border “with or without Congress.”

Mulvaney said,”No one wants a government shutdown it is not a desired end, but when a president vetoes a bill that’s put in front of him on a spending package, sometimes that has the effect of shutting the government down. We don’t go into this trying to shut the government down.”

When asked about Trump using emergency powers to build a wall, Mulvaney said, “It’s still better to get it through legislation. That right way to do it. But at the end of the day, the president is going to secure the border one way or another.”

He added, “At the end of the day, the president’s commitment is to is to defend the nation and he’ll do it either with or without Congress.”