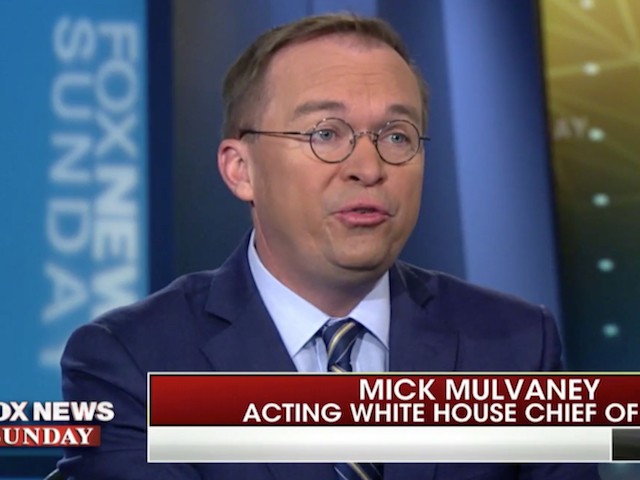 On this weekend’s broadcast of “Fox News Sunday,” acting Chief of Staff Mick Mulvaney declared President Donald Trump was “going to build the wall” on the U.S.-Mexico border.

Mulvaney said, “The president is going to build the wall. You saw what the Vice President said there, and that’s our attitude at this point is we will take as much money as you can give us and then we will go find money someplace else legally in order to secure that southern barrier. But this is going to get built with or without Congress.”

He added, “There are other funds of money that are available to Trump through something called reprogramming, there is money he can get at and is legally allowed to spend.”