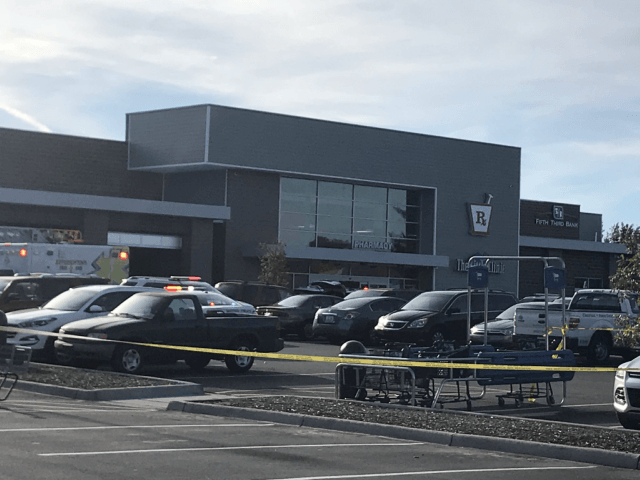 “Multiple injuries” are being reported following a Tuesday afternoon shooting inside a Kroger store near Louisville, Kentucky.

Louisville’s Courier Journal reports that police received calls on the shooting around 2:54 p.m. and a dispatcher says one suspect was detained.

WDRB’s Chad K. Mills reports that Jeffersontown’s police chief indicates “an armed man shot a victim in the Kroger.  … [then] shot an adult female in the parking lot next.” Both of those victims died.

Jeffersontown Chief says armed man shot a victim in the @kroger. He says the suspect shot an adult female in the parking lot next. Both victims are dead. Suspect caught on Hurstbourne shortly thereafter. @WDRBNews pic.twitter.com/wVSXJIOOiK

MORE: A @kroger spokeswoman tells me that the store in #Jeffersontown is secure and they are cooperating with law enforcement. The store is closed and will reopen once the shooting investigation is concluded. Stay with @whas11 @WHAS11NewsDesk for the latest.