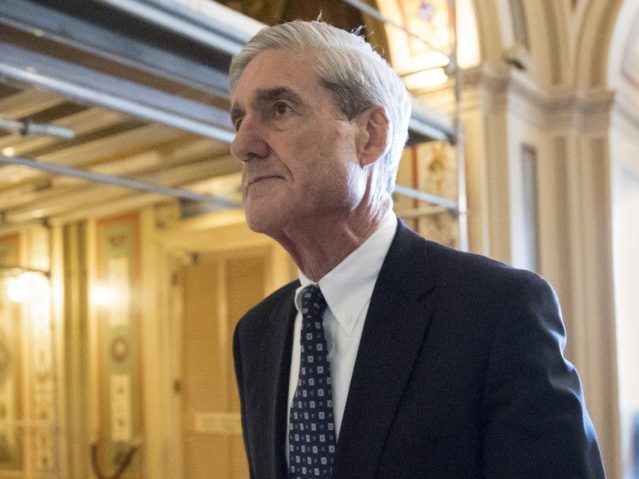 Special counsel Robert Mueller is preparing to reveal information outlining Middle Eastern countries’ efforts to meddle in the 2016 presidential election, according to a report.

Citing three sources with knowledge of the special counsel’s investigation, the Daily Beast states Mueller’s prosecutors plan to detail in court filings how unnamed Middle Eastern nations moved to interference in the 2016 election and subsequently “attempted to exert influence over the Trump administration.”

While one part of the Mueller team has indicted Russian spies and troll-masters, another cadre has been spending its time focusing on how Middle Eastern countries pushed cash to Washington politicos in an attempt to sway policy under President Trump’s administration. Various witnesses affiliated with the Trump campaign have been questioned about their conversations with deeply connected individuals from the United Arab Emirates, Saudi Arabia, and Israel, according to people familiar with the probe. Topics in those meetings ranged from the use of social-media manipulation to help install Trump in the White House to the overthrow of the regime in Iran.

Now, according to those same sources, the Special Counsel’s Office is ready to outline what cooperating witnesses have told them about foreigners’ plans to help Trump win the presidency. Two sources with knowledge of the probe said Mueller’s team has for months discussed the possibility of issuing new charges on this side of the investigation.

“If this is going to be unveiled, this would be like the surfacing of the submarine but on the other plank which we haven’t seen,” former U.S. Attorney Harry Litman told the Daily Beast. “I guess what Mueller has to date has turned out to be pretty rich and detailed and more than we anticipated. This could turn out to be a rich part of the overall story.”

However, some Middle East experts are skeptical about whether the special counsel has uncovered attempts to influence U.S. politics in ways not previously witnessed under prior administrations. “Many of these characters involved are somewhat unsavory,” Arab Gulf States Institute’s Hussein Ibish said. “But governments deal with all kinds of people all the time. It might be possible to question the wisdom of some of these connections, but not really possible to impugn the right of a government to deal with shadowy dealers in influence and access.”

In March, the Associated Press reported George Nader, an adviser to the UAE who is now a witness in the special counsel investigation, wired $2.5 million to Trump fundraiser, Elliott Broidy, through a company in Canada in an alleged bid to bankroll an effort to persuade the U.S. to take a hard line against Qatar. However, the transaction was invoiced for consulting, marketing and advisory services.

A month after he received the money routed through Canada, Broidy sponsored a conference on Qatar’s alleged ties to Islamic extremism. During the event, Rep. Ed Royce (R-CA), the chairman of the House Foreign Affairs Committee, announced he was introducing legislation that would brand Qatar as a terrorist-supporting state.

The original draft considered by the Foreign Affairs Committee contained language singling out Qatar. The U.S. has long been friendly with Saudi Arabia and the UAE as well as Qatar, which is home to a massive American air base that the U.S. has used in its fight against the Islamic State. But tensions in the Gulf came to a head when the UAE and Saudi Arabia launched an embargo with travel and trade restrictions against Qatar less than two weeks after Royce introduced the sanctions legislation in the House of Representatives.

Broidy has personally given hundreds of thousands of dollars to Republicans over the past decade or more. But he gave nothing during the 2012 and 2014 election cycles and just $13,500 during the 2016 cycle.

Mueller’s investigators are looking into two meetings close to Trump’s inauguration attended by Nader and bin Zayed. A lawyer for Nader declined to comment for this story.