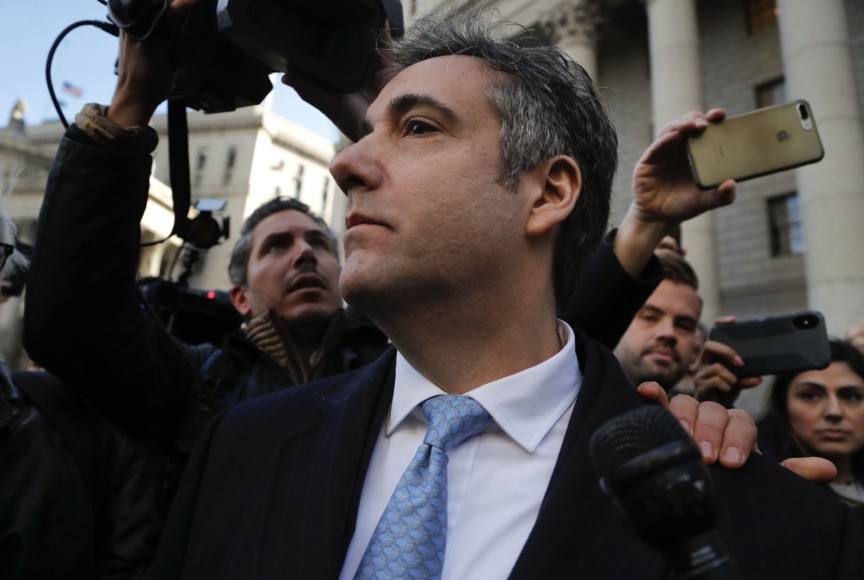 Special Counsel Robert Mueller issued a memo on Friday that detailed assistance that ex-Trump lawyer Michael Cohen has provided to his investigation into if the Trump campaign colluded with Russia in the 2016 elections.

According to the memo, Cohen admitted that he had lied to Congress about when he stopped pursuing a deal to build a Trump Tower in Moscow — which was June 2016 instead of January 2016, and about other statements he had made. It said he also offered new information to the special counsel’s office.

The memo, however, does not provide any evidence that the Trump campaign colluded with Russia on the presidential election.

The memo said Cohen admitted he lied to Congress to “minimize links between the Moscow Project” and Trump, and to “give the false impression” that the Moscow Project had ended before the Iowa caucus and the first presidential primaries, in hopes of limiting the ongoing Russia investigations being conducted by Congress and the special counsel’s office.

Cohen also said he had lied to Congress about a 2015 radio interview, in which he suggested that Trump meet with Russian President Vladimir Putin in New York City during his visit for the United Nations General Assembly. Cohen had told Congress that his comments were not discussed within the campaign, but later said that he had “conferred” with Trump about contacting the Russian government to gauge interest in such a meeting.

The memo does not say whether Cohen actually reached out to Russia. “The meeting ultimately did not take place,” it said.

The memo said that in recent months, Cohen has “taken significant steps to mitigate” his lies, by accepting responsibility for his false statements, and to assist the special counsel’s investigation.

“He has met with the SCO on seven occasions, voluntarily provided the SCO with information about his own conduct and that of others on core topics under investigation by the SCO, and committed to continuing to assist the SCO’s investigation,” it said.

“The information he has provided has been credible and consistent with other evidence obtained in the SCO’s ongoing investigation,” it added.

The memo also said Cohen told the special counsel’s office that in or around November 2015, Cohen received the contact information for, and spoke with, a Russian national who claimed to be a “trusted person” in the Russian government who could offer the campaign “political synergy” and “synergy on a government level.”

Cohen said he recalled this person “repeatedly proposed” a meeting between Trump and Putin,” and told him that such a meeting could have a “phenomenal” impact “not only in political but in a business dimension as well” in reference to the Moscow Project, adding there is “no bigger warranty in any project than consent” of Putin.

“Cohen, however, did not follow up on this invitation,” the memo said.

“The defendant explained that he did not pursue the proposed meeting, which did not take place, in part because he was working on the Moscow Project with a different individual who Cohen understood to have his own connections to the Russian government,” it said.

According to Cohen’s plea agreement released in late November, he was communicating with Dmitry Peskov, Putin’s press secretary, about the proposed Trump Tower.

The memo also said Cohen provided the special counsel’s office “useful information” concerning “certain discrete Russia-related matters core to its investigation that he obtained “by virtue of his regular contact with Trump Organization executives during the campaign.

Cohen also provided “relevant and useful” information on his contacts with persons connected to the White House during the 2017-2018 period, it added. Cohen also discussed the circumstances of preparing and circulating responses to Congress, while continuing to accept responsibility for the false statements in it, it said.

In conclusion, the memo stated that Cohen provided “relevant and truthful” and “credible” information to Mueller.

“The defendant has provided, and has committed to continue to provide, relevant and truthful information to the SCO in an effort to assist with the investigation. The defendant has met with the SCO for seven proffer sessions, many of them lengthy, and continues to make himself available to investigators. His statements beginning with the second meeting with the SCO have
been credible, and he has taken care not to overstate his knowledge or the role of others in the conduct under investigation,” it said.

It recommended to federal prosecutors in New York who have charged him with four crimes to “give due consideration” to his efforts to assist the special counsel’s office, due to his “substantial and significant efforts” to remediate his lies.