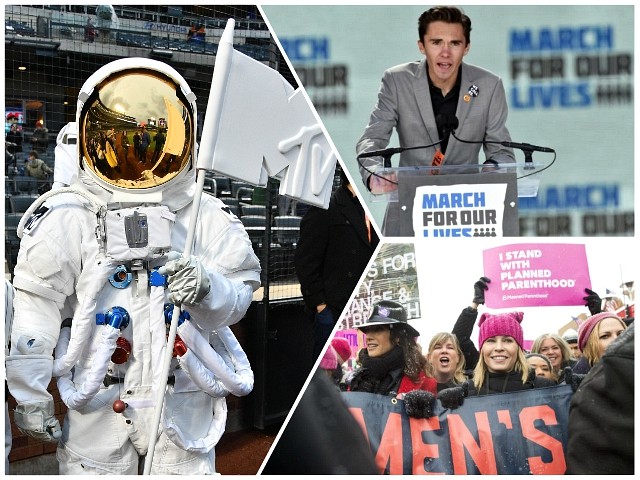 MTV released a video Monday to promote voter registration ahead of the 2018 midterm elections, tying the inaugural campaign to the left-wing Women’s March and the March for Our Lives.

The MTV campaign, called “+1 the Vote,” urges viewers to encourage their friends to get registered to vote and participate in this Fall’s political process.

“Plus ones help make the moments that shape your life, so why not invite them to shape your future?” the commercial asks.

The ad dropped one day before National Voter Registration Day. However, the MTV campaign doesn’t appear to be a non-political voter registration drive. The website for this campaign, plus1thevote.com, mentions the anti-President Donald Trump Women’s March and the anti-gun March for Our Lives in promoting voting.

You made the Women’s March count.

You made the March for Our Lives count.

You made our voices count.

The MTV VMAs promoted a number of progressive causes and attacked President Trump. During the award show, comedian Kevin Hart told Trump to “suck it.”

“You never know what’s going to happen at the VMAs. Bad language, people run to the bathroom and send out crazy tweets. It’s basically like a typical day at the White House. In your face, Trump! Suck it!” Hart said.

.@KevinHart4real just told @realDonaldTrump to “suck it” at the #VMAs pic.twitter.com/68yxAKWxFc

Meanwhile, rapper Logic performed while wearing a shirt that read, “Fuck the Wall.”

“One Day” performance by @__RyanTedder and @Logic301 had us 😢@vmas #VMAs pic.twitter.com/pCt29vAAUh

The ratings for the political 2018 VMAs dropped to an all-time low.