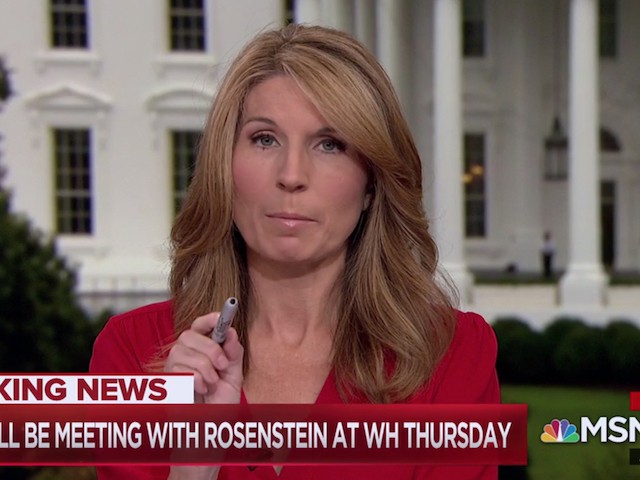 Tuesday on MSNBC’s “Deadline,” host Nicolle Wallace said President Donald Trump calling himself a nationalist was not a “silent” dog whistle because he was being loud about the controversial phrase.

Wallace asked her guests, “Do you think he knows some of the great nationalists of all-time included Hitler? Every dictator pleaded for their constituents, if you can call them that, their subjects in the case, of Idi Amin and others, to sort of harken to their nationalist impulses.”

She asked, “Do you think he has any idea the history of World War II or Naziism that it came from a call for nationalism?”

She continued, “I watch enough History Channel to know they cheered at Hitler, too. Nationalist isn’t divorced in the capacity to cheer a crowd. It doesn’t make it right, doesn’t make it American and doesn’t mean Donald Trump isn’t totally ignorant of the history of the word, nationalism.”