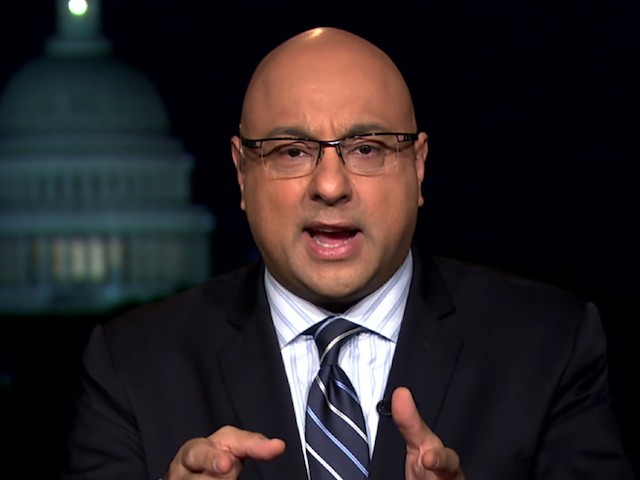 Tuesday on MSNBC, network host Ali Velshi said President Donald Trump’s statement standing by Saudi Arabia despite allegations Crown Prince Mohammed bin Salman was responsible for the death of journalist Jamal Khashoggi sounded like it was “written by a 7-year-old.”

He continued, “It starts with America first with an exclamation mark…and then it talks about Iran. So there’s this distraction going on. As long as I can tell you bad things about Iran, then Saudi Arabia, which is an enemy of our enemy, must by definition be a friend.”

He added, “And Mike Pompeo and the president keep on talking about America’s interests. It’s just disingenuous. Saudi Arabia needs America much more than America needs Saudi Arabia. We’ve actually got a lot less going on with the Saudis than the president quotes. As you said, the Saudis can’t rush around and re-machine 70 years’ worth of stuff they’ve been buying from America.”

Velshi concluded, “It does beg the question, what’s going on? What is happening with Jared Kushner and Donald Trump and Mohammed bin Salman that you can’t acknowledge something everyone else in the world has figured out and the understanding that a thing like this couldn’t have happened without the crown price, the son of the king, knowing about it?”