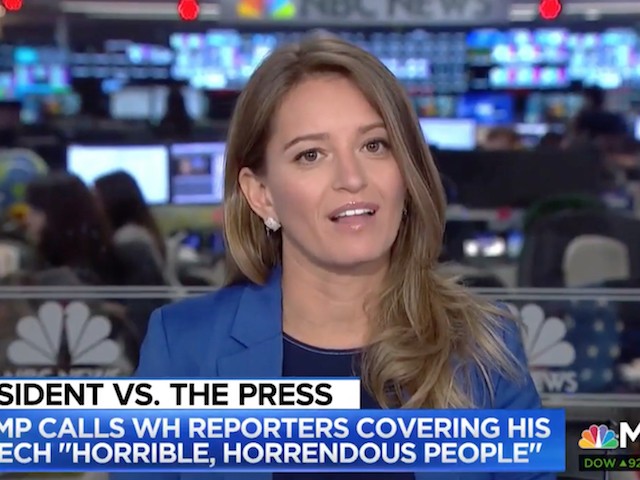 Thursday on MSNBC’s “Deadline,” guest host Katy Tur quipped that President Donald Trump had “a vocabulary of about ten words.”

On Attorney General Jeff Sessions, MSNBC contributor Charlie Sykes said, “As a member of the cabinet, he’s the Trumpyest. In terms of pushing the agenda and getting things done, if, in fact, this is about policy and ideology. I think it’s extraordinary these reports that Donald Trump is mocking him for his academic pedigree and for his accent. Now, imagine for a moment that Barack Obama was mocking somebody because they didn’t go to Harvard or Yale, mocking somebody because they had a southern accent. This whole campaign about you know the elites versus the populist, isn’t it revealing that this is where Donald Trump goes?”

Tur said, “Also the hypocrisy, he’s got a vocabulary of about ten words. I mean, I know I’m slightly exaggerating here, but an analysis done on the way he speaks puts him at, I think, a fourth-grade level. At one point during the campaign, it was a second-grade level.”