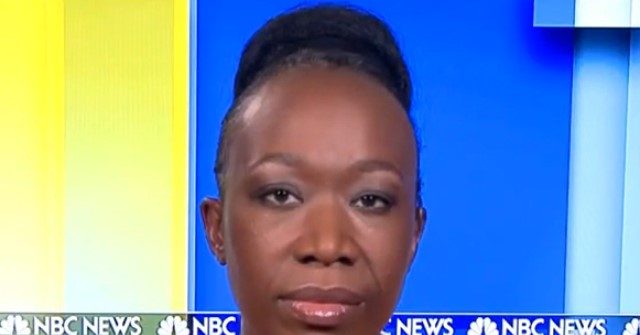 MSNBC host Joy Reid said Friday on her show “The ReidOut” that Republicans are attempting to rile up white voters with tactics used by Nazi leader Adolf Hitler while discussing laws banning books about race issues in schools and the teaching Critical Race Theory.

Reid said, “Book burning and banning happened to be staples of fascism and communism. The Nazis did it, Hitler, imposing rigid censorship on newspapers and burning all literature he considered dangerous. The Soviets banned books, too, along with the Chinese Communist Party.”

She continued, “So hey Republicans wokeness is communism, but book banning isn’t? Make it make sense. It is literally another case of everything old is new again because this exact tactic has hijacked present-day American politics. Just like back in the eighties, the great parent revolt is bankrolled by conservative organizations and think tanks and shaped by political operatives, who are controlling the puppet strings so that you think this is just about regular moms and dads advocating for their kids.”

Reid added, “But strip off that veneer, and it’s about so much more. It’s about getting out the Republican vote by riling up white voters. But it’s also about distracting the voters because distraction and sleight of hand is basically what modern Republican politics is all about. I mean, it sure ain’t about governing. It’s about selling white grievance and rage. The same rage that produces attacks on Asian-Americans and Jewish people and on our Capitol. Rather than fight inflation, let’s howl over Critical Race Theory, and instead, COVID relief lets demonize China and masks and vaccines.”