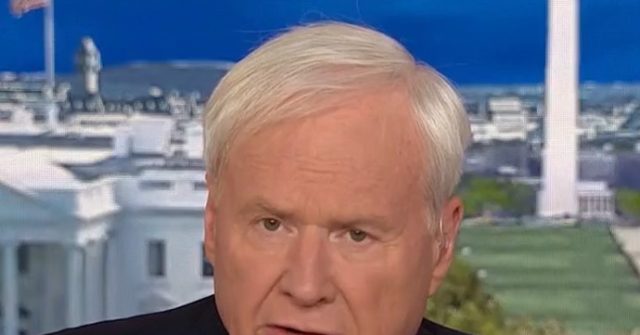 After citing an excerpt from the Declaration of Independence, Matthews voiced his concern with Trump supporters showing up to the celebration with their “Confederate flags flying and their license plates,” saying it would be “naive” not to expect they would be stirring up trouble.

“[T]his president has decreed that a procession of combat tanks will line the Capital while the president speaks to the nation flanked by the nation’s highest ranking military chiefs,” Matthews stated. “For the first time in the history of our democratic republic, we are being instructed to honor not the values of our declaration of our independence, but the power of the military, and this, it must be said, the grandeur of Donald J. Trump’s personal self.”

He continued, “There is, of course, a danger being risked in such a promenade tomorrow. Many who come to Washington will come to champion his president, this president. Others here in Washington on the Mall tomorrow will not be so moved. A country already divided with such malice by this president faces the peril of driving that wedge even deeper between us. To hope for violence would be, of course, be treasonous. Not to expect it would be naive. The details and costs of Trump’s Marshall spectacle tomorrow have already ignited wide disgust.”

“My fear is a lot of people are going to show up who are pro-Trump, they’re going to have their Confederate flags flying and their license plates and all kinds of trouble making. There will be a lot of other people that are going to meet like in a storm, and you’re going have a real conflict out there,” he later told guest former Rep. Carlos Curbelo (R-FL)