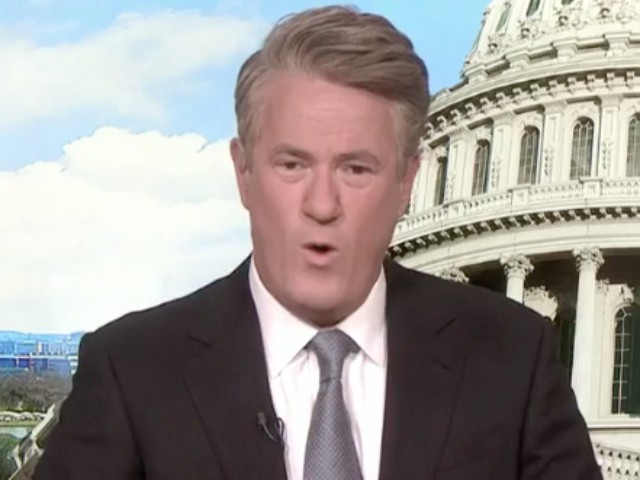 MSNBC host Joe Scarborough suggested it was possible President Donald Trump was illiterate while on air during his Monday program.

Scarborough speculated it was because he reportedly used the idea of a “wall” to help him remember to talk about illegal immigration on the campaign trail.<

“He even admitted … that when the audience started to get bored or distracted, when they seemed to wander off, he would bring back the wall, and he would talk about the wall because he said it was the best applause line,” Joe Scarborough said.

The Morning Joe host continued, “What about his own people admitting to the New York Times that actually this was just a memory trick for him in 2014, they came up with the idea of a wall because they knew Donald Trump didn’t like to read, or perhaps he doesn’t know how to read, it’s hard to say, but everybody around him says he never reads. So, they came up with this trick, that to say ‘build that wall’ and that would remind him to talk about illegal immigration.”

Scarborough is referring to an article published in The New York Times over the weekend reporting how Trump’s inner circle used the idea of a wall as a “memory trick for an undisciplined candidate” in 2014.

The report reads in part:

“How do we get him to continue to talk about immigration?” Sam Nunberg, one of Mr. Trump’s early political advisers, recalled telling Roger J. Stone Jr., another adviser. “We’re going to get him to talk about he’s going to build a wall.”

Talk Mr. Trump did, and the line drew rapturous cheers from conservative audiences, thrilling the candidate and soon becoming a staple of campaign speeches. Chants of “Build the wall!” echoed through arenas throughout the country.

The childish “Trump can’t read” speculation is not new territory for Morning Joe. Co-host Mika Brzezinski declared in March, “The president has difficulty reading, I know that for a fact.”