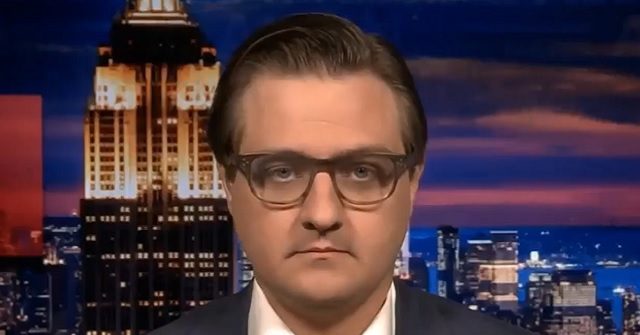 MSNBC anchor Chris Hayes said Thursday on his show “All In” that Fox News hosts are being hypocritical because they support protesting truckers shutting down Ottawa but “scream bloody murder if of a Black Lives Matter protest shut down an intersection.”

Hayes said, “Remember back in 2009, first year of the Obama administration when the Tea Party protest were just getting into swing, and Fox News host, whose network was still touting itself as ‘Fair and Balanced’ encourage, promoted, even attended them.”

After playing a clip montage of FNC’s Tea Party coverage, Hayes said, “Truly incredible display of the unique role that one of our news networks plays in American political life. For many years, Fox News has been operating in this flatly propagandistic fashion. It really does shape our political landscape. Now, 13 years later, Fox is rolling out the same playbook with the Canadian import.”

For two weeks, Canadian truck drivers protesting against vaccine mandates. They are currently required to be vaccinated or test and quarantined upon reentry from the U.S. The protests are causing a ton of disruption. Downtown Ottawa, Canada’s capital city, is clogged with giant trucks that refuse to move. Truckers are blockading an important international crossing, the one we’re like a quarter of U.S. Canadian trade goes over, that’s the Ambassador Bridge, which connects Windsor, Ontario and Detroit. That’s now in effecting supply chain for automakers, some of whom are shutting down operations in Canada. They are furloughing folks and not having their factories running.”

Before playing a clip montage of FNC hosts praising the “Freedom Convoy,” Hayes said, “On Fox News Channel, the pampered and vaccinated millionaire  TV hosts who scream bloody murder if of a Black Lives Matter protest shut down an intersection, well, here they have found their next big thing.”