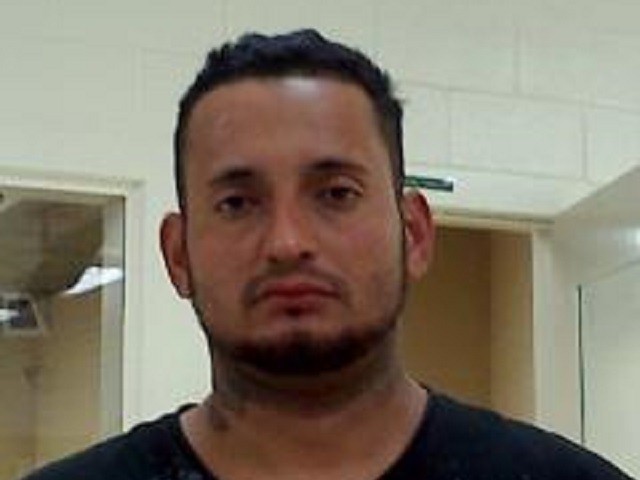 Tucson Sector Border Patrol agents arrested an MS-13 gang member who said he traveled through Mexico with the migrant caravan.

Agents assigned to the Ajo Station apprehended an illegal alien on November 27 after he crossed the border from Mexico. The agents transported the migrant to the station for a biometric background investigation, according to information obtained from Tucson Sector Border Patrol officials.

During the investigation, the agents identified the man as 30-year-old Wuilson Lazo-Ramos, a Honduran national. Agents reported the man has tattoos indicating membership in the Mara Salvatrucha (MS-13) gang. He also has a conviction from a court in Maricopa County, Arizona. The court sentenced Lazo to 30 days in jail and two years probation on the weapons offense.

Officials reported that Lazo claimed he traveled through the “dangerous parts of Mexico” with the migrant caravan “for his safety.” He said he left the group at the border and crossed illegally on his own because “he has a criminal record” in the U.S., officials stated.

A few days earlier, El Centro Sector agents arrested another MS-13 gang member who traveled through Mexico with the migrant caravan. The agents came upon the Honduran national east of the Calexico Port of Entry after he illegally crossed the border from Mexico.

He told the agents he came from Central America with the caravan with the intention of filing for asylum.

The agents identified the man as 29-year-old Jose Villalobos-Jobel, a citizen of Honduras. The agents were also able to confirm the man’s claim of being a member of MS-13 and his intent on illegally entering the U.S.

“The subject was alone when arrested by El Centro Sector Border Patrol agents,” A CBP spokesman said in response to an inquiry from Breitbart News. “In his post-arrest interview, he indicated that he traveled to the U.S. Mexican border with the Central American migrant caravan. Record checks revealed that in 2006 an immigration judge in Las Vegas, NV issued a deportation order and the subject was physically removed via escort flight to Honduras.”

CBP officials said they were unaware of any criminal history in Villalobos’ past.