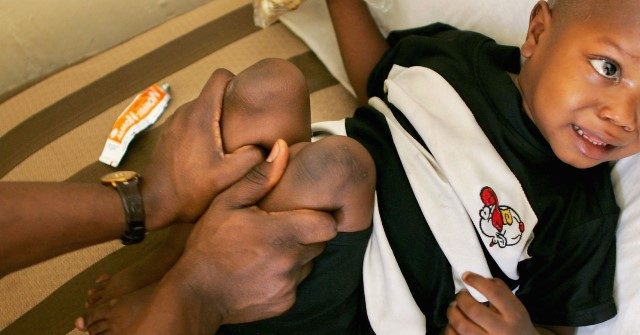 Mozambican state health authorities declared a “public health emergency” on Wednesday in an effort to contain a case of wild poliovirus confirmed in a child in the nation’s western Tete province days earlier, the state-run Mozambique News Agency (AIM) reported on Thursday.

“Faced with this situation, and as international health regulations recommend, we must declare a public health emergency, and strengthen measures of surveillance, and vaccination against polio,” Mozambique National Director of Public Health Quinhas Fernandes told reporters at a press conference in Maputo, Mozambique’s national capital, on May 18.

Mozambican health officials confirmed the case of “wild poliovirus type 1,” the nation’s first such infection since 1992, on May 18 in a child residing in the Changara district of Tete Province, which borders Malawi. The poliovirus strain contracted by the young Mozambican patient is linked to that detected in a young Malawi resident in February, according to the World Health Organization (W.H.O.).

“The virus was found in a child who began experiencing onset of paralysis in late March. Genomic sequencing analysis indicates that the newly confirmed case is linked to a strain that had been circulating in Pakistan in 2019, similar to the case reported in Malawi earlier this year,” the W.H.O. reported on May 18.

“The case in Mozambique and the earlier one in Malawi do not affect Africa’s wild poliovirus-free certification because the virus strain is not indigenous. Africa was declared free of indigenous wild polio in August 2020 after eliminating all forms of wild polio from the region,” the U.N. public health body noted.

Laboratory analysis of the polio strain confirmed in a Malawai patient on February 17 revealed that it was “linked to the one that has been circulating in Sindh Province in Pakistan,” according to a W.H.O. report at the time. The discovery highlighted the fact that wild poliovirus remains endemic in only two countries currently: Pakistan and Afghanistan. Efforts by the U.N. and the W.H.O. to eradicate polio in the two South Asian neighbor states have been hindered for years by native skepticism of the vaccines used by the global aid agencies to combat transmission of the virus.

“There was no immediate claim of responsibility for the attack,” Reuters noted at the time. “However, militants often target polio teams and police assigned to protect them in Pakistan, falsely claiming the vaccination campaigns are a Western conspiracy to sterilize children.”

“Polio is highly infectious and largely affects children younger than five years. There is no cure for polio, and it can only be prevented by immunization. Children across the world remain at risk of wild polio type 1 as long as the virus is not eradicated in the last remaining areas in which it is still circulating,” according to the W.H.O.