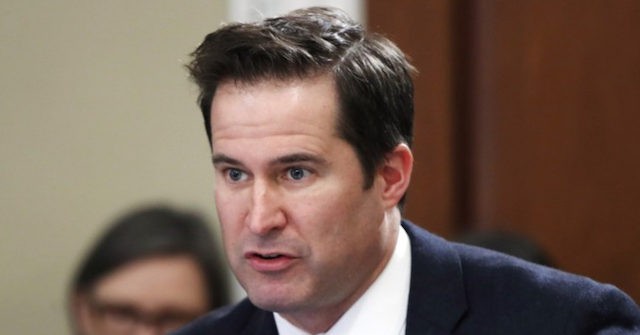 Moulton, who was in attendance for the annual Munich Security Conference, advised that if Russia were to invade Ukraine, “U.S. troops will be there and Americans will die.”

“The motto of this conference is peace through dialogue,” Moulton said. “And although it’s mostly NATO allies who are here, an annual presence is always the Russians. And it’s important that they come and that they have this conversation with us. They pulled out a few days ago. That’s a very ominous sign, and there certainly is a tense feeling at this conference that we could be on the precipice of the greatest war that the European continent has seen since World War II. The stakes are incredibly high here.”

“And if there is one thing we should learn from Vladimir Putin is that he’s not going to stop,” he continued. “We thought that he might just go to Georgia. We thought maybe he’d just take Crimea. Now he’s looking at taking Kyiv, taking Ukraine; we all have to ask what comes next. And of course, if it’s a NATO ally, that means U.S. troops will be there and Americans will die. So, the stakes are very high right now here in Munich.”

Correction: A previous version of this story misquoted Rep. Moulton and indicated Ukraine was a NATO ally.  We regret the error; it has been corrected.