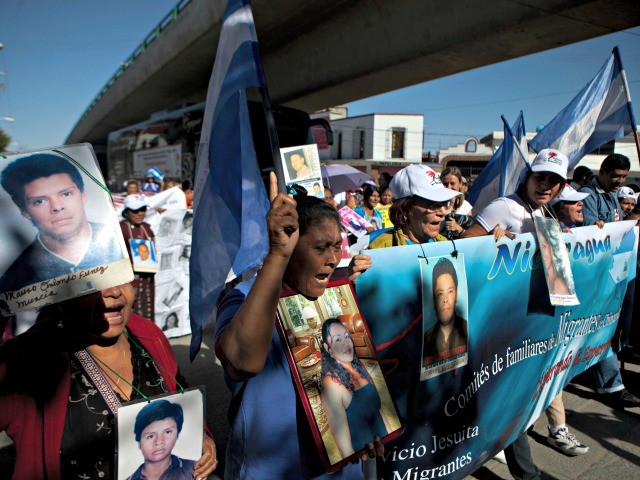 A Mexican newspaper is reporting that a group of women has joined the thousands of migrants marching through Mexico to the U.S. border with Mexico carrying signs with photographs of the children they said disappeared on their trek north from Central America.

Yesterday, a caravan of central-American mothers entered the Mexico territory to cross seven states, stopping in Mexico City for 15 days in search of their migrant children who went missing when traveling to the United States.

The members of the 14th Caravan of Missing MIgrants’ Mothers arrived at the Mexico-Guatemala border location of El Carmen-Talisman yesterday at noon, carrying pictures of their families and flags from Guatemala, Honduras, El Salvador and Nicaragua.

When the 24 women, who are traveling with human rights activists, met the caravan, they joined them in singing the Honduran national anthem.

“According to the coordinator of the Mesoamerican Migrant Movement, Ruben Figueroa, the mothers will join the initiative to protest against conditions of poverty and violence in Central America, which have caused the forced displacement of thousands of people, mostly families with children and adolescents,” El Universal reported.

Figueroa told the news outlet that the women would visit the states of Chiapas, Oaxaca, Tabasco, Veracruz, Irapuato, Morelia, Puebla, and Mexico City in search of their missing children.

This is the 14th year the mothers have launched a search, and over the last 13 years, some 270 families have been reunited, according to El Universal.

The others in the caravan are vowing to continue their journey to the United States even though American officials, including President Donald Trump, has said none of the estimated 7,000 migrants will be allowed entry.

To those in the Caravan, turnaround, we are not letting people into the United States illegally. Go back to your Country and if you want, apply for citizenship like millions of others are doing!