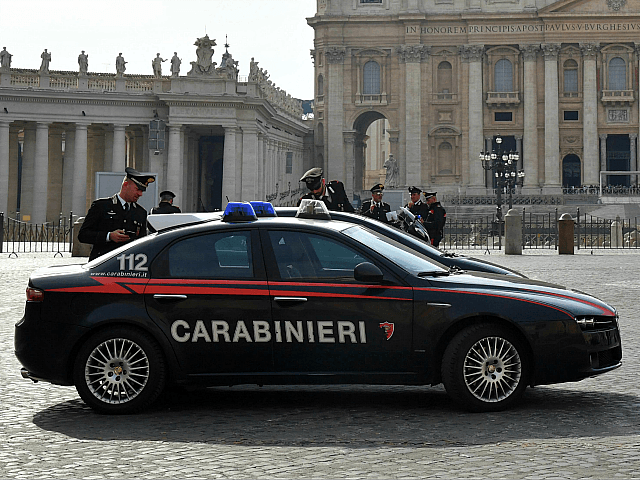 ROME — Italian police pursued an inebriated Moroccan migrant at the wheel of a lorry on a miles-long chase late Thursday, as the man crashed into parked cars, road signs, fire hydrants, and even the doors of houses along the route.

The chase occurred in the town of Legnago, in the northern Italian province of Verona, and finally ended with the arrest of the driver. The migrant reportedly had hijacked a garbage truck, forcing the driver out of the vehicle and driving off in a “mad rush” and provoking suspicions of a terrorist act.

After the high-speed pursuit lasting “ten kilometers,” the Carbinieri military police were finally able to stop the 31-year-old driver by setting up a roadblock. The man crashed into one of the police cars at full speed, sending the car into another civilian vehicle with a woman inside.

Four police as well as the young woman sustained injuries described as non-life-threatening.

The Moroccan has been charged with crimes of attempted murder, property damage, resistance of arrest, and aggravated injuries to a public official. The man reportedly already has a criminal record with precedents for vandalism, theft, and brawling.

Curiously, a police patrol in the area had stopped the man half an hour earlier while walking drunk through the centre of the town.

Once identified, the man was released go because there were insufficient grounds to restrain him, despite his evident state of intoxication.