More than 6-in-10 midterm voters support President Trump’s tariffs on imports, designed to protect American jobs and industry while forcing multinational corporations to bring manufacturing back to the United States.

Just as Trump has imposed an additional $200 billion worth of tariffs on foreign products imported from China, about 63 percent of midterm voters said they either support the protective tariffs or would like to give them more time to work.

The poll — conducted for the Alliance for American Manufacturing by The Mellman Group, Inc. and Public Opinion Strategies — found overwhelming support for Trump’s economic nationalist agenda among midterm voters who plan to vote for Republicans. 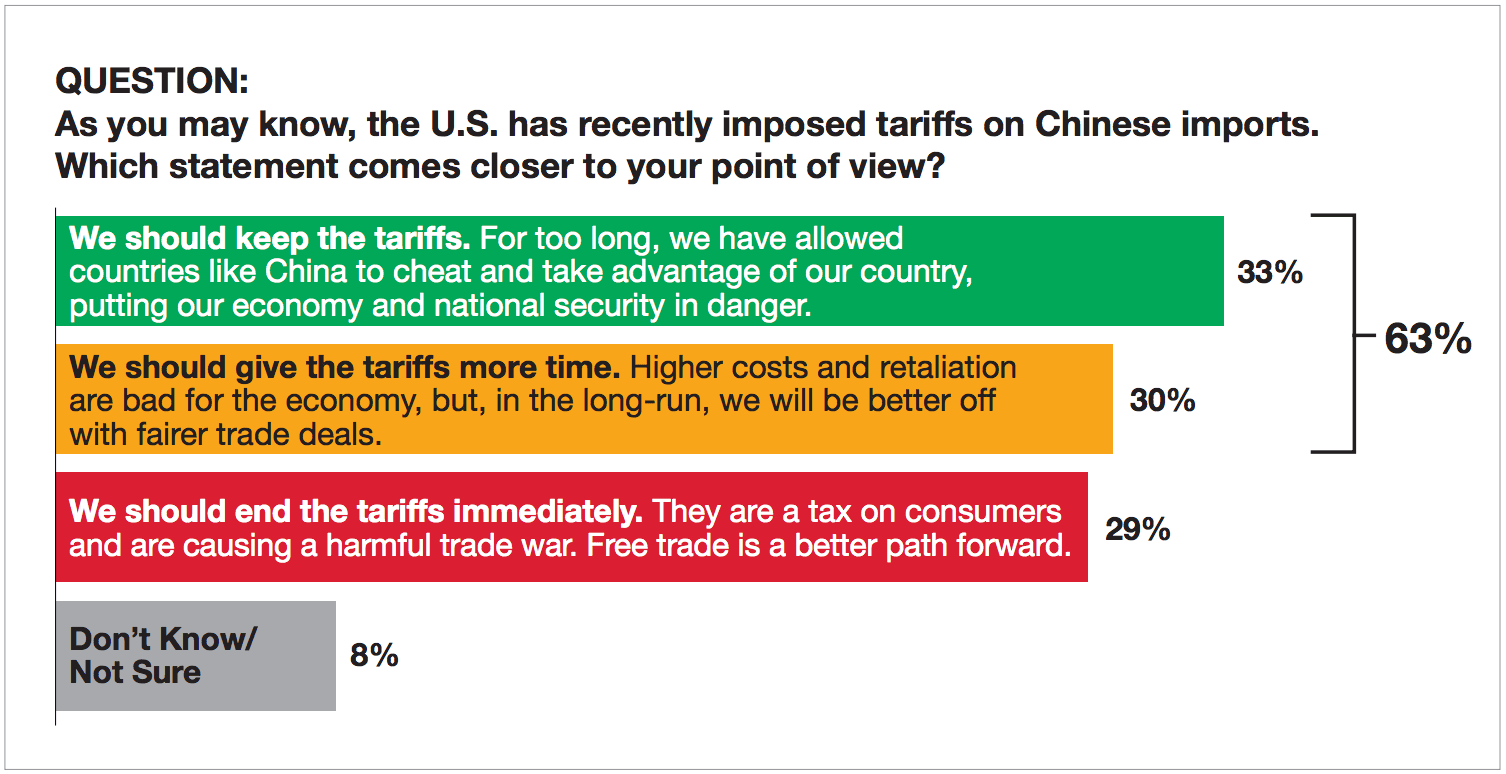 About 78 percent of midterm voters who say they will vote for Republicans in the upcoming elections said they want to keep the tariffs against China or give them more time to work in bringing manufacturing jobs back to the U.S.

Another 76 percent of undecided midterm voters said the same, while 67 percent of white working class midterm voters, 59 percent of Hispanic voters, and 58 percent of black American voters all agreed that the tariffs should either be kept in place or given more time to work.

The poll reveals — as previous polls revealed — that there is little support for the Republican and Democratic establishment’s agenda of economic libertarianism.