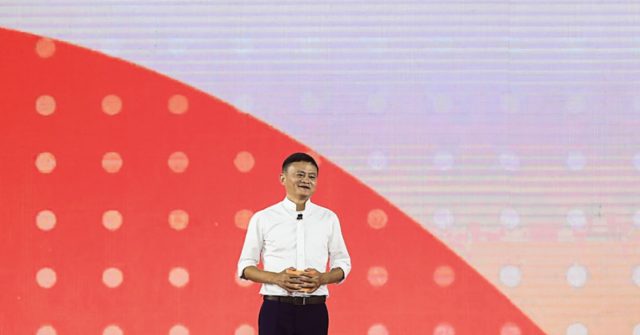 Jack Ma, founder of e-commerce giant Alibaba, is living proof of the maxim there is “money in misery.” The internet entrepreneur has watched as his status as China’s richest tycoon soared in 2020 on the back of demand for online shopping and services during the coronavirus pandemic.

According to a survey released Tuesday and seen by AP, Ma’s fortune rose 45 percent over 2019 to $58.8 billion as figures show China on track to be the only major global economy to record an economic expansion this year.

Ma Huateng, founder of Tencent, which operates the popular WeChat messaging service, was No. 2 at $57.4 billion, up 50 percent.

Rising share prices created an average of five new Chinese entrepreneurs worth at least $1 billion every week over the past year, according to Hurun’s founder, Rupert Hoogewerf.

“The world has never seen this much wealth created in just one year,” said Hoogewerf in a statement. “China’s entrepreneurs have done much better than expected. Despite Covid-19 they have risen to record levels.”

The richest woman on the list was Yang Huiyan of real estate developer Country Garden. She was No. 6 at $33 billion, up 29% from last year.

News of Ma’s gains on the back of the coronavirus pandemic came on the same day broader financial results showed China is booming as the rest of the world struggles to deal with the economic effects of mass viral infection.

BBC reports the world’s second-biggest economy saw growth of 4.9 percent between July and September, compared to the same quarter last year, as consumers return to shopping malls and auto dealerships while the United States and Europe endure painful contractions.

However, the figure is lower than the 5.2 percent expected by China’s economists but still at rates unimaginable in other Covid-hit countries.

Elsewhere the International Monetary Fund (IMF) is forecasting the U.S. economy is expected to shrink by 4.3 percent overall this year. The IMF expects a 9.8 percent contraction in France, six percent in Germany and 5.3 percent in Japan.

While China’s economic statistics have been dogged by long-running suspicions of their veracity, its Communist Party rulers say they expect 2020 to finish on an even stronger note built on the all-important services sector rebounding to match tech gains.