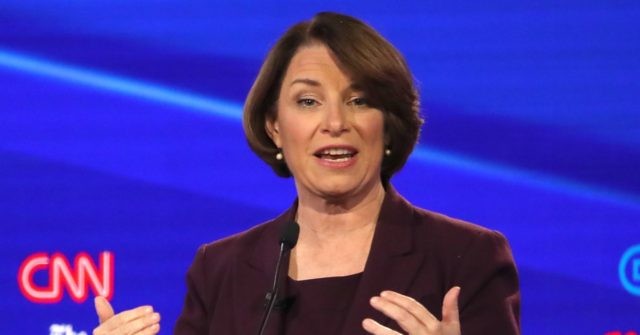 However, even the “moderate” candidates support radical policies — such as extreme tax hikes, for example.

The moderators asked several candidates whether they would support a “wealth tax” — a tax on what Americans have saved after already paying other taxes, such as income taxes. (Neither CNN nor the New York Times hosts pointed to any authorization in the U.S. Constitution for a tax on wealth. The Sixteenth Amendment was needed merely to authorize taxes on income; a wealth tax is a direct tax not apportioned by state, and therefore illegal.

Sens. Bernie Sanders (I-VT) and Elizabeth Warren (D-MA), recognized as the leaders in the “progressive” lane, have both proposed wealth taxes. But on Tuesday, so did most of the “moderate” candidates on the debate stage.

Buttigieg declared: “I’m all for a wealth tax.” Klobuchar answered: “I am open to it. It could work.”

Only Biden opposed it — but he pushed for a doubling of the capital gains tax, to 39.5% — which would make the U.S. tax rate on investments one of the highest in the world, pushing money offshore to less punitive countries.

It was left to Andrew Yang to point out that wealth taxes had failed everywhere: “It’s been tried in Germany, France, Denmark, Sweden, and all those countries ended up repealing it because it had massive implementation problems and did not generate the revenue projected.

“We should not be looking to other countries’ mistakes,” Yang added.