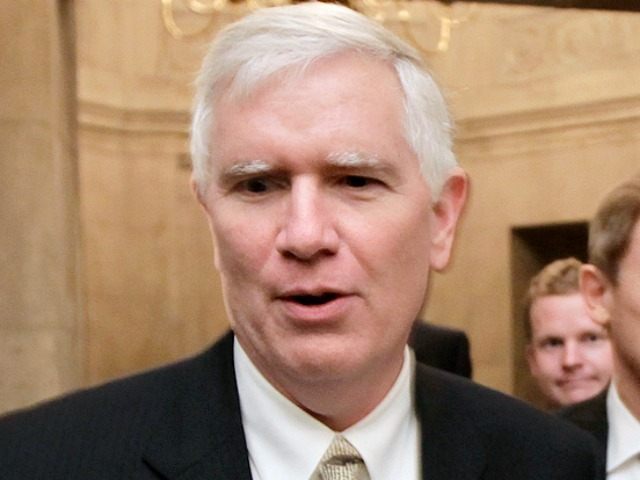 The threat of election irregularities caused by potential voter fraud is a concern for Republicans in this upcoming election. That includes Rep. Mo Brooks (R-AL), who expects more fraud in the November 3 election than any election in U.S. history.

During an interview with Mobile, AL radio’s FM Talk 106.5, Brooks said there was private polling showing the GOP better positioned for the election than public polling shows. However, he said mail-in voting and voter fraud were two “wildcards” that could impact next month’s final tally.

“I have a lot of uncertainty,” he said. “I don’t know how it is going to end up. I see the public polling. I see some of the better-conducted private polling, which shows the Republicans doing considerably better than the public polling, akin to what we saw in 2016. Whether it is good enough, I don’t know. The two big wildcards are this mail-in-voting scheme, where people are voting early before they have full information at their disposal in which to make an informed decision and then voter fraud. I personally believe that there’s going to be more voter fraud this election than any election in the history of the United States. There are going to be more ballots that were cast and not counted, and there are going to be more people voting two, three, four or five times than has ever occurred before because of the lack of ballot-box safeguards against the kind of voter fraud that is always conducted in elections but never so easily and so massively as I anticipate it will be conducted in this election.”

“[W]ho knows how much voter fraud there is going to be when it is made easier, where no voter identification is required, or where ballots are mailed to a residence, which may or may not be the correct address,” Brooks added. “Or if it is a Republican neighborhood, those ballots just might be delayed at the post office. The postal union, if I recall correctly, endorsed the socialist Democrats this election just about across the board. That’s scary.”