Rep. Mo Brooks (R-AL) is out with a plan to impose steep United States tariffs on China to force the Chinese Communist Party (CCP) to pay damages to the U.S. for unleashing the coronavirus pandemic on the world.

Brooks’ plan, called the COVID-19 Restitution Act, would establish immediate 10 percent tariffs on all China-made products imported to the U.S. market. Those tariffs would automatically increase by 10 percent every year until the president can certify that trillions have been collected to pay for all pandemic-related damages to the U.S.

“I am persuaded by the evidence that the Chinese Communist Party created COVID-19 in their Wuhan bioweapons lab,” Brooks said in a statement. “Making matters worse, China’s subsequent lies about the contagiousness and lethality of COVID-19 increased the tragic loss of life and economic damage to America and Americans.” 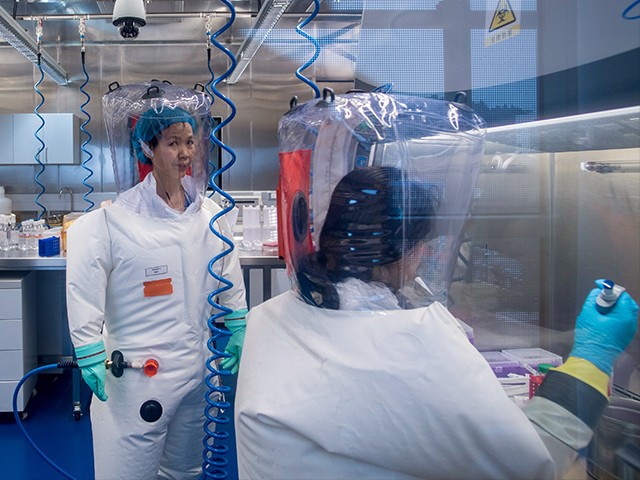 The funds collected through the tariffs on China would go to pay for Americans’ loss of earnings, medical expenses, loss of death, and financial losses of U.S. businesses, among other things. The tariff-collected funds would also fully reimburse financial losses suffered by states and localities.

Other countries, the plan details, would be encouraged by the U.S. Secretary of State to adopt similar policies forcing China to reimburse them for their pandemic-related damages.

“China lied, people died, and China should compensate for the damage done … communist China should be treated exactly how any American company would be treated if it artificially created a virus, more deadly and dangerous, and thereafter released it on an unsuspecting world,” Brooks said.

A previous study found that permanent 25 percent tariffs on China-made products imported to the U.S. market would create a million American jobs in five years. Most of those new jobs would be in the manufacturing sector where every one job supports an additional 7.4 jobs in supporting industries.

In contrast, President Joe Biden is being lobbied by a coalition of Democrats and Republicans to cut tariffs on China at the behest of the business lobby that produces and manufactures their products overseas rather than in the U.S.

The Republican primary in the race is on May 24.