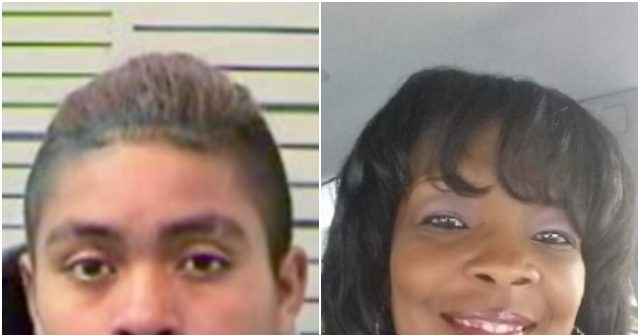 Rep. Mo Brooks (R-AL) says that Alabama mother of two and school teacher Sonya Jones — who was allegedly killed by an illegal alien last week — would still be alive today if not for the country’s open borders policy.

In a statement posted on Facebook, Brooks said Jones’ death should have never occurred:

Another American has been killed on American soil by an illegal alien. This time it was Sonya Jones of South Alabama. If not for open-borders policies, Sonya would still be alive today and Sonya’s family and friends would not be mourning her tragic death. The open-borders Socialist Democrats who refuse to strengthen border security one iota have Sonya’s blood on their hands. [Emphasis added]

Sadly, this tragedy has become commonplace across America. Countless families mourn their lost loved ones whose deaths were entirely avoidable. The path taken by the illegal alien who killed Sonya is typical: illegally cross into the United States, get caught and claim asylum, get released and never show for court, then commit crime. Asylum laws must be tightened, catch-and-release must end once-and-for-all, and America’s porous southern border must be secured to ensure a tragedy like this never happens again. [Emphasis added]

The Catch and Release program has been put into “overdrive,” according to federal immigration officials, as of recently under the Trump administration, with about 1,800 border crossers and illegal aliens expected to be released into the U.S. this weekend.

An expansive Breitbart News report recently confirmed that between December 21, 2018 and March 5, 2019, the Department of Homeland Security (DHS) released a total of 84,500 border crossers and illegal aliens into the U.S. This release process often entails federal immigration officials busing border crossers into nearby border cities and dropping them off with the promise that they will show up for their immigration and asylum hearings, sometimes years later.

In the case of Jones, the school teacher and mother of two did not show up for work the morning of the hit-and-run, allegedly caused by Marcos.

According to federal immigration officials, Marcos entered the U.S. illegally through the southern border in Arizona two years ago. The illegal alien claimed asylum, was released from DHS custody, and never showed up to his court hearing, thus living illegally in Alabama.

The illegal alien was denied asylum after failing to show up for his court date and was subsequently ordered deported. Like millions of other illegal aliens who are caught and released into the interior of the country by DHS, Marcos was not deported.

The illegal alien has been charged with vehicular homicide and awaits a bond hearing. Alabama state officials are asking that Marcos not be released from prison.

Jones leaves behind her daughter, son, husband, parents, and four sisters, along with friends and colleagues.