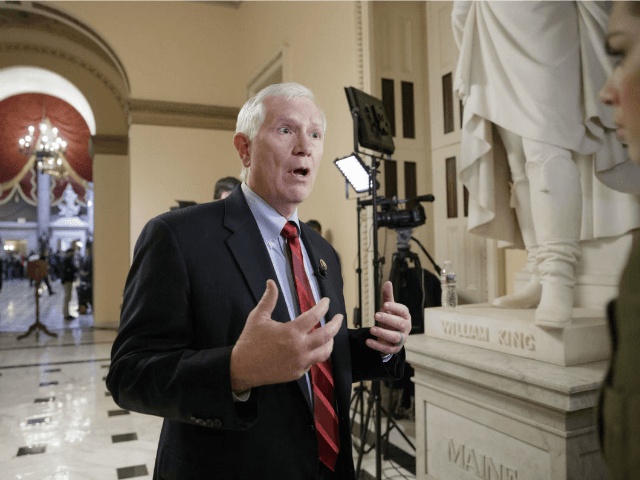 Given Barrett studied law at the University of Notre Dame and not an Ivy League school, Brooks responded to a question about the number of Ivy League-educated justices on the high court. He noted a trend among those Ivy League justices regarding their judicial philosophy.

“[I] am starting to develop questions about whether we want anybody from the Ivy League,” he said. “It appears that the Ivy League indoctrinates to a very large degree the justices with a left bent. For some reason, these justices from the Ivy League seem to, not always, but seem to more often than they should believe that it is perfectly OK for them to substitute their public policy beliefs for those of our elected officials. Well, when you do that, you’re subverting our United States Constitution. You’re subverting our republic. In a republic, elected officials who represent the people, who are elected by the people, are supposed to establish what our public policy will be. And then the Supreme Court is supposed to evaluate first whether those policies are in accord with the United States Constitution. And second, if so, what was intended by those elected representatives when they wrote that legislation? And all too often, these Supreme Court justices are usurping the legislative branch responsibilities.”

“And we need to bear in mind that they are not elected,” Brooks continued. “They are not representatives of the people, and to the extent, they subvert the public policy viewpoints of our elected officials and to plant those viewpoints of their own, then they are violating their oaths of office and should be removed from the position to which they’ve been nominated and confirmed. But unfortunately, on the left side of the spectrum, they’re quite comfortable with subverting our republic. They’re quite comfortable with putting super-elites in charge and dictate to us, the American citizenry, what we can and cannot do. And I disagree with that because I believe in liberty and freedom in our republic. But that’s one of the battles that were fighting. Hopefully, soon-to-be-Justice Barrett will fall in on the right side of that fight.”