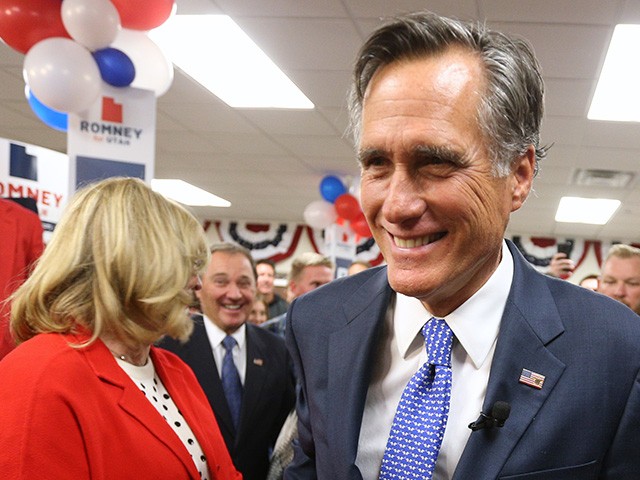 SALT LAKE CITY (AP) — Mitt Romney easily won a U.S. Senate seat from Utah on Tuesday, securing a place in Washington for a sometime Donald Trump critic who called for greater dignity and respect in his victory speech.

Romney returns to elected office as the successor to longtime Republican Sen. Orrin Hatch, who is retiring after more than 40 years.

Speaking alongside his wife and family, the former GOP presidential candidate called for civility, regardless of gender, sexual orientation, race or place of birth.

He said the outcome affirms “we are equal, not only in the eyes of God, but also in the respect and dignity we are due from government and from our fellow Americans.”

He also outlined his priorities, including a balanced budget, immigration reform and states’ rights. Utah Gov. Gary Herbert and others cheered him on at a packed victory party. U.S. House Speaker Paul Ryan, Romney’s 2012 running mate, tweeted his congratulations.

Romney was the heavy favorite to win the seat in conservative Utah, where he holds near-celebrity status as the first Mormon presidential nominee from a major party.

He defeated Democrat Jenny Wilson, a member of the Salt Lake County council.

Romney denounced Trump as a “fraud” and a “phony” during the 2016 campaign, but has since changed his tone, saying he approves of many Trump policies and predicting he will win another term. Trump, for his part, has endorsed Romney’s Senate run.

But Romney has also pledged to continue to speak out if Trump does something significant that is “divisive, racist, sexist, anti-immigrant, dishonest or destructive to democratic institutions.” Last week, he pushed back against Trump’s depiction of the media as an “enemy of the people.”

Romney, 71, moved after his failed 2012 presidential run to Utah, where he’s also known for running the 2002 Winter Olympics in Salt Lake City. His past criticism of Trump wasn’t a serious liability in Utah, where many voters are wary of the president.

Furniture store owner Bill Knott, 79, said he voted for Romney because he is moral man and a distinguished leader.

Knott, who lives in Price, said Trump has been sometimes embarrassing but effective in office. He does not expect Romney to clash with the president as a senator: “I think he realizes Trump is in power.”

With polls heavily in his favor, Romney has been campaigning for other Republican candidates in Utah and Arizona.

The former Massachusetts governor argued during the Utah campaign that his political profile would be a boon to Utah’s standing in Washington.

He won a primary against a state lawmaker in a landslide in June before turning to face Wilson in the general election.

Wilson, 53, has a political pedigree as the daughter of a former mayor and worked with Romney at the 2002 Olympics, but she had an uphill climb since the race began. The last Democrat Utah sent to the U.S. Senate was Frank Moss, who was defeated by Hatch in 1976.

In a concession speech, she said she wanted to speak for people who felt left behind by Utah’s all-Republican delegation. “I am in it until the Trump rallies of division and hate are a thing of the past,” Wilson said.