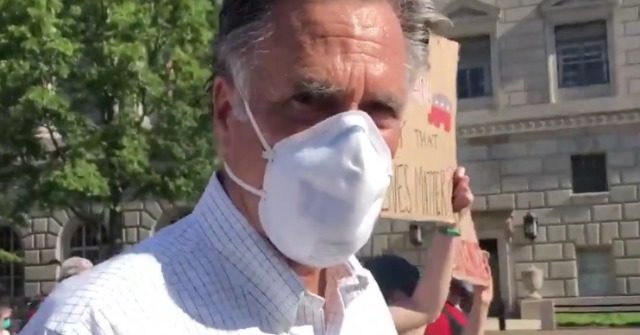 “I’m confident that we will keep the majority in the Senate. I actually have long predicted the president will be re-elected. I continue to think that’s the case,” Romney, one of the president’s most vocal Republican critics on Capitol Hill, told reporters.

In October 2019. Romney first judged that President Trump will be the Republican presidential nominee and likely win re-election in 2020.

Romney’s latest prediction comes after the New York Times reported that the Utah Republican, along with former President George W. Bush, will not support the incumbent president’s re-election bid. A spokesperson for Bush denied the report, telling the Texas Tribune: “This is completely made up. He is retired from presidential politics and has not indicated how he will vote.”

“I’m not going to be describing who I’ll be voting for, I don’t imagine,” Romney told reporters on Monday when asked about the Times‘ report. “My plan is to stay quiet on that.”

On Monday, President Donald Trump mocked Romney after the junior senator participated in a march in Washington, D.C. in solidarity with Black Lives Matter.

“Tremendous sincerity, what a guy. Hard to believe, with this kind of political talent, his numbers would ‘tank’ so badly in Utah!” the president tweeted.

Tremendous sincerity, what a guy. Hard to believe, with this kind of political talent, his numbers would “tank” so badly in Utah! https://t.co/KqHsHmSRKo