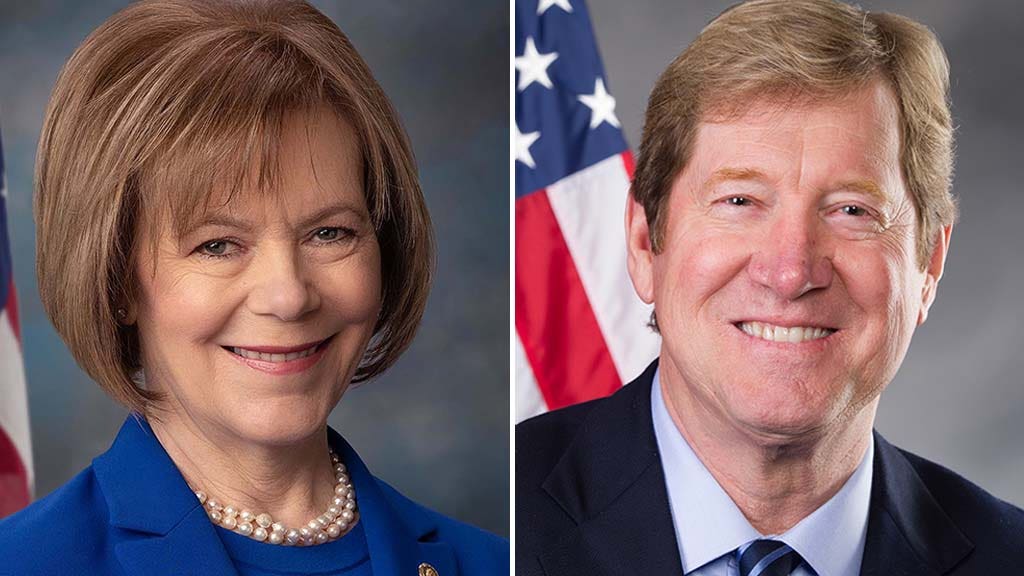 The race for U.S. Senate in Minnesota has narrowed substantially before the election, with the incumbent, Democratic Sen. Tina Smith, shedding her double-digit lead and finding herself in a dead heat with Republican Jason Lewis, according to a new poll.

A KTSP/SurveyUSA poll released on Wednesday showed Lewis and Smith in a virtual tie (43% to 42%). As recently as early October, Smith enjoyed a seven point lead over Lewis. That was even larger in mid-September when she led him 47% to 36%.

According to 5 Eyewitness News, suburban women — a key and often-watched demographic — have helped drive the shift by leaving Smith. Carleton College political analyst Steven Schier told the outlet that the race “could go either way and it’s a bit of a surprise because Tina Smith has had a lot more resources than Jason Lewis.”

MOST VULNERABLE INCUMBENT IN HOUSE IS DEMOCRAT IN BATTLEGROUND STATE

In an interview with Fox News, Lewis attributed the shift to voters paying closer attention to politics as the election approached.

“Frankly, it’s not all that surprising,” he said. Referencing other polling, including his campaign’s internal numbers, he added that “we’re seeing a marked shift in our direction and in the president’s direction.” Lewis described Minnesota as “ripe for the picking,” noting that the president only lost the state to former Democratic nominee Hillary Clinton by 44,000 votes.

In a fundraising email on Wednesday, the Democratic Farm-Labor Party said “we weren’t expecting this, and we need to immediately move some resources into this race.” The Smith campaign did not immediately respond to Fox News’ request for comment.

Despite Democratic worries, however, Smith’s fundraising has reportedly dwarfed Lewis’ with $14 million as of Sept. 30, compared to Lewis’ $5 million.

And according to RealClearPolitics’ average of polls, Smith still enjoys a 5.8-point lead. That lead appeared to diminish since September, however, in the polls listed by the election site.