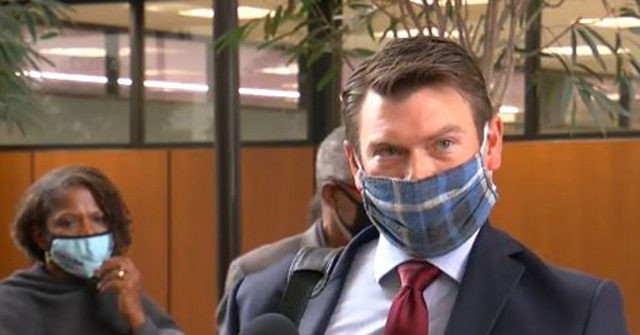 Residents of the Jordan neighborhood in north Minneapolis are suing the city over a lack of law enforcement protection, according to CBS Minnesota.

“Every single night on any block in this neighborhood you can hear gunshots! Every single freaking night!” resident Cathy Spann told the outlet on Monday.

In court this week, Spann and seven of her neighbors asked a judge for help.

“We didn’t get anything we think from the city, and their affidavits they provided or today in court that would actually indicate that they have enough police on the force to keep Minneapolis safe, according to the city charter,” said attorney James Dickey.

The charter reportedly says a minimum of 753 police officers is needed to protect the area’s residents, according to Dickey, who added that the city would not divulge how many officers are currently on the street.

Dickey is also representing former city council member Don Samuels and his wife Sondra, who were offended when city attorneys told the judge “the lawsuit has no standing because none of the plaintiffs have been hit by gunfire.”

“To get standing we need to take a bullet, right? We’ve seen our neighbors take bullets. We know the 20 year old, we know the six month old who’s in the car when her mom gets shot up,” Sondra commented.

In June, the city council “unanimously approved a pledge to seek the replacement of its police department with a so-called community-led public safety system,” Breitbart News reported.

Minneapolis Police Department (MPD) statistics show violent crimes in the area rose by 20 percent over the past year.

Residents are blaming the city council’s push to defund the police for the rise in crime, the CBS report said.

“We walked outside and I pulled this bullet out of my house. Out of my home, out of my siding,” Neighbor and plaintiff Jon Lundberg explained.

The judge has up to 90 days to make a decision in the case, the CBS article concluded.