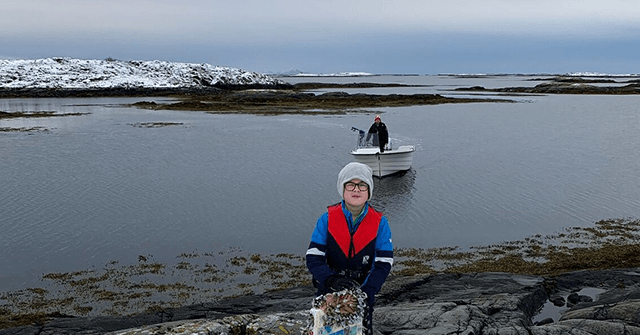 A group of New Hampshire middle school students launched a miniature GPS-tracked boat into the Atlantic Ocean in October of 2020, and it was recently recovered 462 days and over 8,300 miles later in Norway.

The miniature boat project began during the 2019-2020 school year in the class of now-retired teacher Sheila Adams at an elementary school in Rye, according to the Portsmouth Herald. Adams received the boat kit from the Maine-based nonprofit organization Educational Passages. The project was “part of a lesson about the Gulf Stream, wind and waves,” WMUR reported. After diving into the project, progress was halted once the pandemic hit, which Adams said was “devastating” for the students.

She and Cassie Stymiest, the executive director of Educational Passages, worked together to ensure the students could continue their work from home. Adams had students make personalized artwork that they sent to Stymiest, who devised a way to get all of their artwork on the boat. As the year ended, the students moved on to sixth grade, and another group of fifth-graders was placed in Adams’s class during the 2020-2021 year. The students chose the color for the boat’s bottom and filled the cargo hold with coins, autumn leaves, and a facemask signed by students, according to WMUR.

In October, the nearly six-foot-long boat dubbed “Rye Riptides” was launched into the ocean, and students tracked its voyage, the Portsmouth Herald reported. Adams retired at the end of last school year, and over the Summer, school custodians kept tabs on the Rye Riptides, marking a chart when it would send alerts.

The boat had last pinged in September, and Stymiest told CNN they thought they had lost the vessel.

“The GPS stopped reporting back in September and everyday since I have been checking, as have the students, and then suddenly on Monday, Jan. 31 a location popped up after four months of quiet,” Stymiest said, according to WMUR.

The boat reached shore on an uninhabited island near Smøla, Norway, over 8,300 miles from Rye.

Stymiest took to the Educational Passages website and posted an update, according to the Portsmouth Herald.

“This is an educational project built by students in Rye, New Hampshire, U.S.A. Contact Educational Passages for more information and if you know anyone that can assist in a recovery to avoid damage to the vessel,” she wrote. “It is an unscrewed vessel, like a message in a bottle, but we would like to recover it and have it brought to a nearby school to connect students.”

Word spread around in Norway, prompting local sixth-grader Karel Nuncic and his family to retrieve the vessel from the island after school on February 1, the Portsmouth Herald reported. The Rye Riptides was littered with barnacles and had lost its hull and keel, but the cargo hold was still in place.

“There was one piece missing when I retired and that was the conclusion of the boat, so now I am all set,” Adams told WMUR.

The sixth-grader brought the vessel into his class, where students opened the cargo hold to find the trinkets placed by the students in Rye. On Thursday, the pupils from Norway and New Hampshire are set to meet virtually and discuss the boat’s voyage.