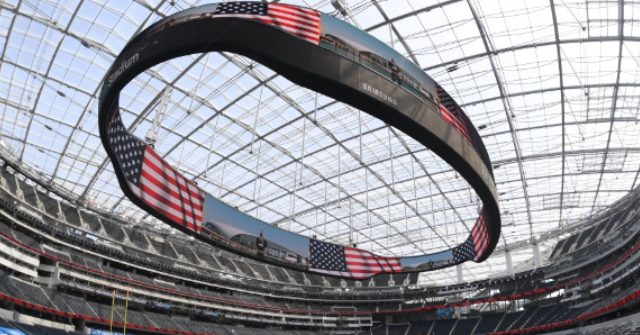 Davis was shot multiple times while responding to a welfare check on January 27, TMJ4 reports.

He is a devout Bengals fan and received the news live on WTMJ radio’s Wisconsin’s Afternoon News on Tuesday that he will be going to Super Bowl 56.

WTMJ Vice President Steve Wexler joined the afternoon show to inform Davis that the station and its parent company, Good Karma, were providing him with two game tickets, two plane tickets, a hotel room, and a few thousand dollars spending money. A GoFundMe had been established to get Davis to the big game, but WTMJ took the task upon itself.

A speechless Davis knew right away who would accompany him to SoFi Stadium in Los Angeles to see the Bengals take on the L.A. Rams on February 13.

26-year-old Milwaukee Police Officer Herbert Davis was shot Thursday night in a shootout during a wellness check. He survived, and today he left the hospital! Idk about you guys but it seems like he might be rooting for the @Bengals this Sunday!! 🏈 @JoeyB @MilwaukeePolice pic.twitter.com/ZE9clrrmLs

“My dad is my best friend, and as much as I am happy and excited about this, this would mean the world to him as much as it would mean to me,” he said per WTMJ. “Hopefully, we both get to see a win, and I’m so appreciative. They say God works in mysterious ways, and this is one of them.”

Davis made a point to acknowledge Milwaukee Police Detective Andrew Wilkiewicz and Milwaukee County Sheriff’s Deputy Christian Almonte, who were both also shot in the past few weeks.

Davis says he wants to use GoFundMe money to bring the wounded deputy and detective to the Super Bowl as well.

Whatever money that we got donations from, anything that we were able to do, I wanted to share that with them. Football fans or not, if they wanna come I wanted to be able to get them there. If they are not football fans, I would love the opportunity to donate to a cause they would want.

After his release from the hospital, Davis watched the American Football Conference (AFC) Championship Game on January 30 and became emotional when the Bengals punched their ticket to Los Angeles.

Milwaukee Police Officer, and big Bengals fan, Herbert Davis was emotional after Cincinnati punched its ticket to Super Bowl LVI this afternoon. Davis was released from the hospital on Friday after being shot while on duty earlier in the week. (Video courtesy of Davis family)

While surely it is a dream come true for Davis to see the Bengals play for a Super Bowl in person, the process of getting to this point was undoubtedly a nightmare.

Davis was shot around 5:53 p.m. last Thursday while conducting a welfare check on the alleged suspect, identified as Jetrin Rodthong, 22, according to TMJ4. Rodthong was reportedly slumped over in a car, and when Davis arrived, he attempted to run off, which led to a brief struggle, authorities say. Rodthong then approached Davis and shot him before getting in the officer’s car and fleeing, prosecutors assert.

After allegedly crashing into another vehicle and fleeing on foot, Rodthong was arrested, TMJ4 reports.