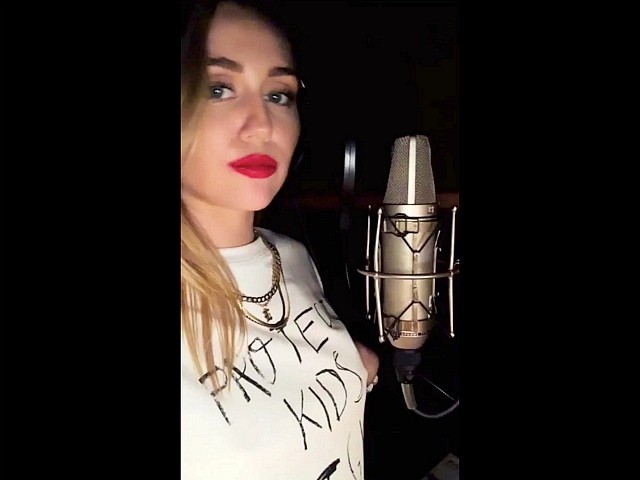 Cyrus apparently walked around wearing the shirt in New York City this week. The singer, according to the Daily Mail, “joins a long list of celebrities who have spoken out about gun control, from Kim Kardashian to Amy Schumer.”

The “Wrecking Ball” singer posted a picture of herself wearing the t-shirt.

Recording something special for the holidays! pic.twitter.com/he3vcqN2Ik

Two days later, on December 6, Breitbart News reported that Hubbard had doubled down on his gun control push; that he wanted a ban on private gun sales at gun shows and flea markets. But he did not list a single instance in which a gun from a gun show or flea market had been used in a mass public attack in the 21st century.

Pop country singer Eric Church also supports restrictions on the Second Amendment. On July 26, 2018, Breitbart News reported that Church went on a gun control rant, in which he ripped gun rights groups and stressed that there needs to be a limit on the number of guns an individual can own.

Now Cyrus is wearing a t-shirt that says, “Protect Kids Not Guns.” Ironically, we need guns to protect kids. This is why school districts around the country — in Colorado, Ohio, South Dakota, Utah, Texas, and other states — are allowing teachers to carry guns or are hiring armed resource officers to keep kids safe.