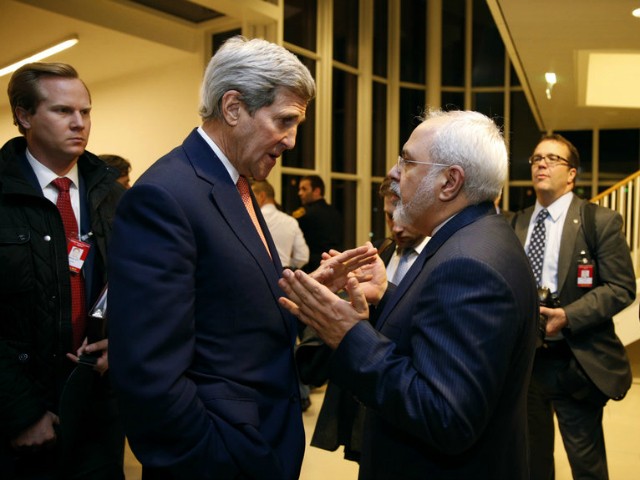 Secretary of State Mike Pompeo had harsh words to say on Friday about John Kerry’s outreach to Iranian leaders to try to save the Iran deal.

“What Secretary Kerry has done is unseemly and unprecedented. This is a former secretary of state engaged with the world’s largest state sponsor of terror,” Pompeo said at a press conference at the State Department.

“He was telling them to wait out this administration. I – you – you can’t find precedent for this in U.S. history, and Secretary ought not to – Secretary Kerry ought not engage in that kind of behavior,” Pompeo added.

He added, “It’s inconsistent with what foreign policy of the United States is, as directed by this president, and it is beyond inappropriate for him to be engaged.”

Kerry, in a recent interview, said he has met with Iranian Foreign Minister Mohammad Javad Zarif three or four times since leaving office to discuss the Iran nuclear deal the Obama administration had brokered and from which the Trump administration withdrew.

Pompeo said he recalled seeing Kerry this year at the Munich Security Conference for international leaders and experts, along with former Obama administration negotiators Ernest Moniz and Wendy Sherman.

“I am reasonably confident that he was not there in support of U.S. policy, with respect to the Islamic Republic of Iran – who this week fired Katyusha rockets towards the United States embassy in Baghdad and took action against our consulate in Basra,” he said.

Pompeo said former secretaries of state from either political party ought not to be engaged in U.S. foreign policy.

“Actively undermining U.S. policy as a former secretary of state is literally unheard of,” he said.