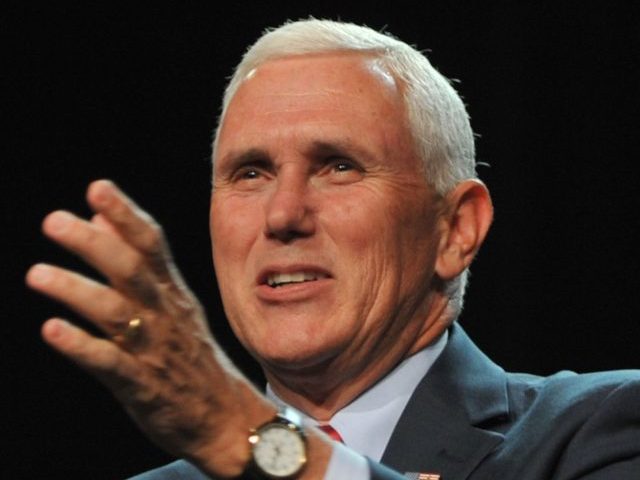 Rally organizers urge potential attendees, “You get a say in whether Nancy Pelosi and Chuck Schumer control Congress or if Josh Hawley and [Rep.] Kevin Yoder serve in the majority.”

Pence will rally voters alongside Lt. General William Boykin (Ret.), ACU chairman Matt Schlapp, Hawley, and Kobach. The FRC Action Values bus will be on site to “encourage and equip voters to be the movement,” according to an event description. The invite adds, “FRC Action mobilizes Values Voters to pray, vote, and stand as we work together to preserve the bedrock values of religious freedom, sanctity of life, the family, and limited government that make our nation strong.”

Secret Service is expected to lock down the Hy-Vee Arena in Kansas City at least an hour before the rally, which begins at 1:00 p.m. Central.

President Donald Trump will hold two rallies that same day in West Virginia and Indiana. Pence, the former governor of Indiana, is expected to attend Trump’s evening rally in Indiana as well.

Recent polls show Hawley up just two to four points or tied in a tight Missouri race with Democrat incumbent Sen. Claire McCaskill. Kobach has been nearly dead even with Democrat Laura Kelly in the battle to elect the next governor of Kansas. Incumbent Congressman Yoder has been trailing his Democrat challenger by between six and twelve points in recent polls.