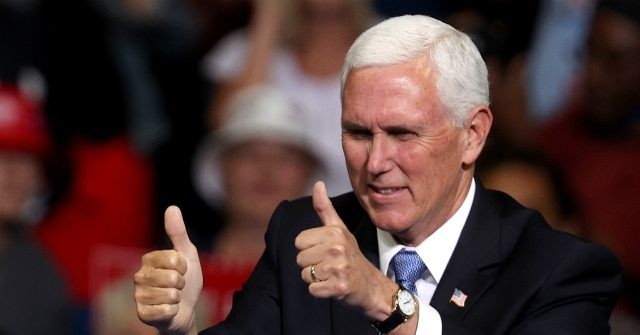 Vice President Mike Pence will kick off a pair of campaign rallies after his debate with Sen. Kamala Harris on Wednesday.

The vice president will campaign Thursday in Boulder City, Nevada, and Peoria, Arizona.

“The choice for voters in Western states is clear: only by re-electing President Trump can they ensure continued prosperity and security,” the Trump campaign wrote in a statement announcing the news.

President Trump continues to recover from coronavirus at the White House, after spending the weekend at Walter Reed hospital fighting the virus.

The president is expected to remain quarantined for the remainder of the week.

“We’re looking to this weekend, if we can get through to Monday, with him remaining the same or improving better yet, then we will all take that final sigh of relief,” White House physician Sean Conley said.

Trump signaled his eagerness to return to the campaign trail on Monday.

“Will be back on the Campaign Trail soon!!!” he wrote. “The Fake News only shows the Fake Polls.”

Will be back on the Campaign Trail soon!!! The Fake News only shows the Fake Polls.