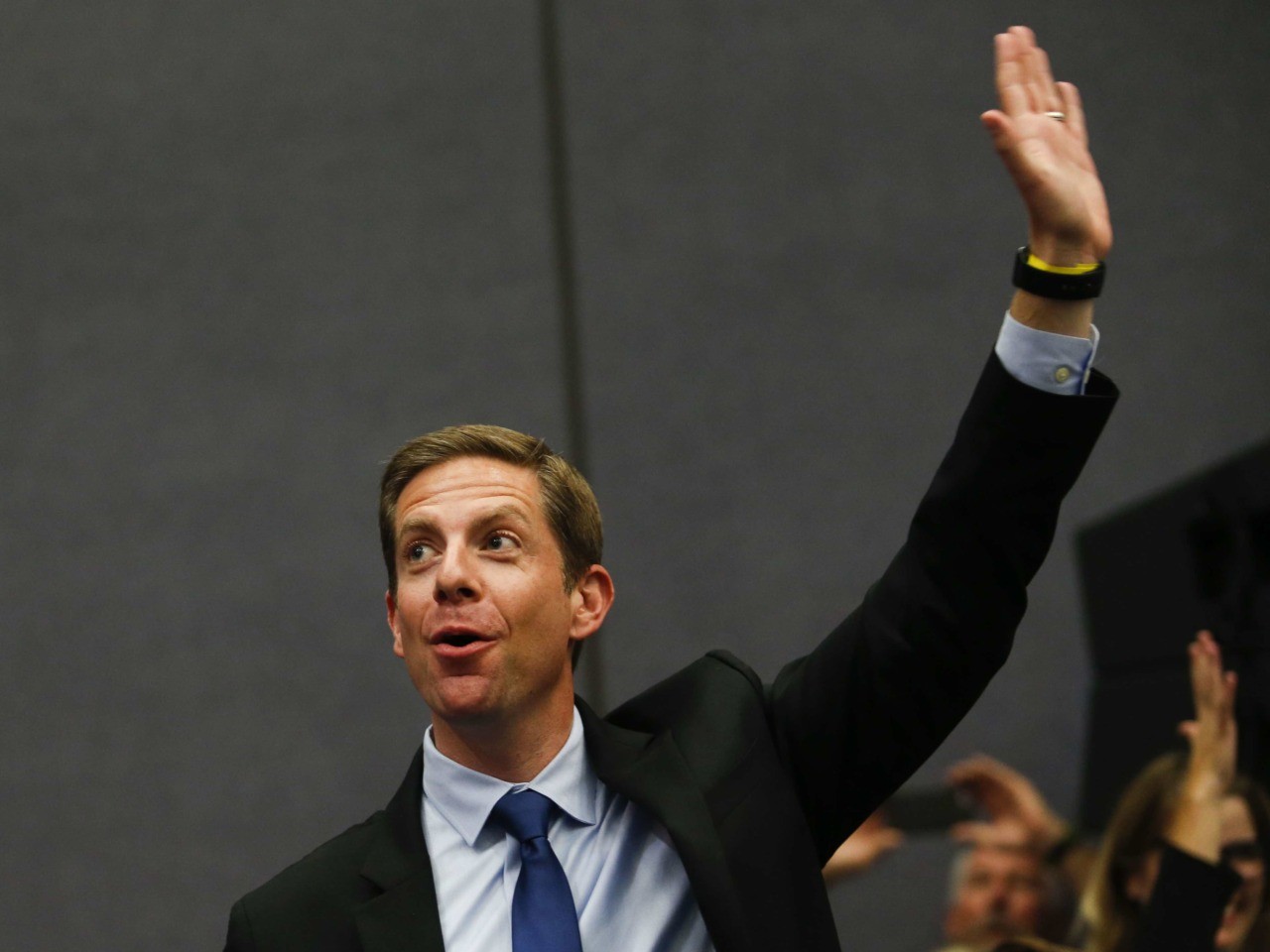 Democrat Mike Levin will host “democratic socialist” Sen. Bernie Sanders (I-VT) at a rally later this month to boost his campaign in California’s 49th district — one of the most important swing seats in the 2018 midterm elections.

Levin is running against State Board of Equalization member Diane Harkey, an experienced public servant who is also the state’s highest-ranking Republican officeholder. Both are running for the seat being vacating by the retiring Rep. Darrell Issa (R-CA).

What is curious about Levin’s campaign is how far-left it is — far too liberal for the district, according to conventional wisdom. The 49th is one of the country’s wealthier congressional districts, stretching from the affluent San Diego suburb of La Jolla in the south to the beachfront community of San Juan Capistrano, in Orange County, to the north. It includes the Marine Corps base at Camp Pendleton. Democrats nearly defeated Issa in the 2016 election, but this is hardly deep-blue territory.

Yet the most energized and organized part of the Democratic base is the so-called “Resistance,” the far-left faction that has knocked off long-term Democratic incumbents in primary races in New York and Massachusets. Levin emerged from a crowded Democratic field in the “jungle” primary in June, qualifying for the general election with just 17.5% of the vote. (Harkey was the top vote-winner overall, but more Democrats overall turned out than Republicans in the district’s primary.)

Levin’s left-wing policies are little different from those of Sen. Sanders or “democratic socialist” Alexandria Ocasio-Cortez. He says he “will strongly advocate for Medicare for All,” if elected. He rejects a border wall, and wants amnesty for the “undocumented.” He is pushing for gun control, and is apparently eager to do the teachers’ unions’ bidding, openly opposing what he calls the “desire to privatize public education” (though he himself attended Loyola High School in Los Angeles).

If Levin is, theoretically, too liberal for the district, he is acceptable enough to the district’s Democrats. And unlike Ocasio-Cortez and other members of the “Resistance” faction, Levin has embraced the Democratic Party establishment. He calls House Minority Leader Nancy Pelosi (D-CA) — one of the most unpopular politicians in America — “one of my political heroes.” Last month, Levin tweeted that he was “on cloud nine” after meeting would-be Speaker Pelosi for the first time.

Harkey says that Levin is a “solid resist” candidate who would act as a Pelosi puppet in Congress, not an advocate for the district. But he told National Public Radio’s WBUR on Wednesday that he is “not going to be a partisan flame thrower” if he wins. Given Sanders’s backing, that is a tough sell — but the media have downplayed Levin’s radical policies.

It may be up to voters in the 49th district to find out for themselves — and decide if Bernie Sanders and Nancy Pelosi really represent them.